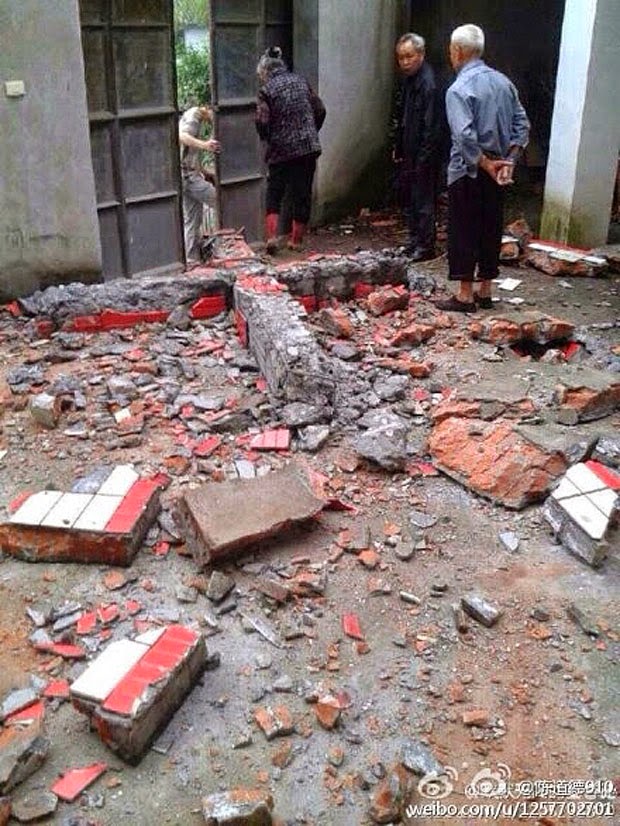 (Zhejiang—May 28, 2014) Persecution against churches continues across China’s coastal Zhejiang as more than 50 crosses were demolished on May 18 and several churches have been forced to quit meeting in the past week.

“In one day, [May 18], the crosses of at least 50 churches were taken down,” a Wenzhou-area pastor said. These crosses are in addition to list of 64 churches affected by the province’s “Three Rectifications and One Demolition” campaign published by China Aid (see https://chinaaid.org/2014/05/zhejiang-government-document-reveals.html and https://chinaaid.org/2014/05/china-aid-receives-compilation-of-64.html).

Meanwhile, also on May 18, a house church in Yueqing County, Wenzhou that held meetings on the second floor of a grocery store, was forced to stop meeting, as China Aid previously reported. Since that time, 1/3 of the worshippers who gathered there moved to the original church building while the other 2/3 of the congregation was forced to find other places to meet, a church member said (see https://chinaaid.org/2014/05/zhejiang-house-churches-order-to-stop.html).

“Here in Yueqing several [churches’ gatherings] were stopped, and a few [crosses were] taken down,” the woman said. “Within the Yueqing city limits, the task is to demolish 50,000 square meters. I was advised by government officials that our church would have been demolished in April if the monthly quota had not been achieved.”

Another believer reported that since the local governments seems to have met their May quota a new way of demolitions should be expected in June.

Other house churches in Yueqing County received notices, requiring the elders to go sign documents forbidding them from sending messages to overseas groups via the Internet. In addition, the elders are not allowed to attend their churches.

Along with the elders’ restrictions, according to Pastor Zhang Mingxuan, president of the Chinese House Church Alliance, eight Yueqing County churches have been threatened with demolition should church members relay messages to outsiders or even support other area churches.

“These days different opinions are expressed in regards to the Wenzhou church [demolitions], by believers [and] non-believers,” a local pastor said. “I have also heard some say that this the personal practice of a leader and that the central government is not pleased [with the leader’s actions], and that this is a sign of conflicts within the party. With our church [buildings] gone, we Christians may find out if we can obtain a new understanding of how to preach about Jesus Christ in this land.”

Persecution is also occurring outside of Wenzhou. In Ningbo, Shengshan House Church was forced to remove its cross. “It seems that the Religious Affairs Bureau has a bias against us,” Chen, a church member, said. “They said our house church is not registered, and that we should take the cross down for the time being. We didn’t take heed of him and haven’t taken down the cross. He said if we don’t take it down, and if he sees it again… he will demolish our building.”

In Jiaxing, a house church received a notice, stating that the building violated regulations. “A church in Tongxiang, Jiaxing, has a building they bought in the past,” Pastor Zhang Mingxuan said. “The government notified them, claiming that the structure violates the regulations.”

One believer said that authorities can’t be reasoned with. “You cannot talk to him. The more you argue, the more he wants to enforce dismantling your church property.”