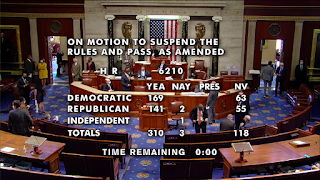 The regulatory action responds to the Chinese Communist Party’s imprisonment of between 1–3 million Uyghurs in “re-education camps” in Xinjiang, a far western region of China. Uyghurs, a minority, primarily Muslim group, have faced persecution for their ethnic and religious identity.

An Australian Strategic Policy Institute report identified 82 foreign and Chinese companies directly or indirectly benefiting from the use of Uyghur workers outside Xinjiang through potentially abusive labor transfer programs, as recently as 2019.

“The passage of the Act today in the U.S. House of Representatives is an important step to prevent and deter further deterioration of this human rights epic disaster in China today,” said Dr. Bob Fu, founder and President of ChinaAid, “with a near unanimous voice, the American people through their elected representatives sent a strong and unequivocal message to Xi Jinping’s Communist regime: stop your evil crime against humanity and genocide, or face more serious consequences with further sanctions.”

The bill will now need to pass in the Senate.
ChinaAid exposes abuses in order to stand in solidarity with the persecuted and promote religious freedom, human rights, and rule of law. If you wish to partner with us in helping those persecuted by the Chinese government, please click the button below to make a charitable donation.