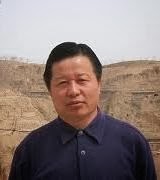 How is Gao Zhisheng? Interview with Gao’s elder brother


(Jia County, Shaanxi—Jan. 15, 2014) Sunday marked exactly one year since the family of an imprisoned human rights defender has been allowed to contact or visit him despite his brothers’ incessant visitation applications to the Shaya Prison in Xinjiang, China’s far western region, and the local public security bureau.

The last time Gao Zhiyi saw his younger brother Gao Zhisheng was Jan 12, 2013, before the start of the Spring Festival, he told two ChinaAid reporters who had traveled to Jia County, in inland Shaanxi province, the Gao family’s home. Gao Zhiyi reported that his brother’s health was disconcerting at the time—Gao Zhisheng was emaciated and had a sore on his face. Gao Zhiyi was forbidden to ask his brother about living conditions in the prison by authorities, so Gao Zhisheng’s true conditions are unknown.

Over the past year, both Gao Zhiyi and his and Gao Zhisheng’s youngest brother, Gao Zhengyi have relentlessly called the prison, but their calls are never answered. The family has told very clearly by prison officials that they could not visit Gao Zhisheng without prior approval.

The U.S. Congress has held many hearings on Gao Zhisheng’s case. At 10 a.m. on Jan. 16, in Room 210 of U.S. Capitol Visitor Center, there will be another hearing entitled “Defending Freedoms—Highlighting the Plight of Prisoners of Conscience around the World.” Geng He, Gao Zhisheng’s wife, will again participate in the hearing as a witness, and she will call on the people all over the world to show concern on Gao Zhisheng’s freedom (see https://chinaaid.org/2013/03/geng-he-speak-on-hill-for-her-husband.html and https://chinaaid.org/2011/09/wife-of-disappeared-lawyer-gao-zhisheng.html).

Since 2006, China Aid Association advocated for the release of Gao Zhisheng. ChinaAid founder and president, Pastor Bob Fu, has engaged in high-level diplomacy in the U.S. Congress, the European Parliament, the United Nations, etc., calling on the governments of various nations and international organizations to exert pressure on the Chinese government.

ChinaAid has also launched many campaigns to advocate for Gao Zhisheng, such as the “Free the China18” campaign, a joint initiative comprised of more than 30 international human rights organizations (see www.china18.org and https://chinaaid.org/2013/12/china-16-becomes-china-18-prisoners.html).

Geng He hasn’t been the only family member to testify before Congress on Gao Zhisheng’s behalf. The couple’s daughter, “Grace” Ge Geng, testified in a special hearing held by U.S. House Foreign Affairs Committee on Dec. 5, entitled “Their Daughters Appeal to Beijing: ‘Let our Fathers Go!’” (https://chinaaid.org/2013/12/the-washington-post-five-chinese.html). 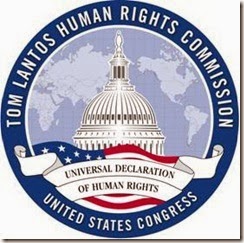 The chairman of Tom Lantos Human Rights Commission, the commission hosting tomorrow’s hearing, is Congressman Frank Wolf (R-Va.). Wolf helped launched the Defending Freedom Project and chose to advocate for Gao Zhisheng. He is in exclusive charge of appealing for the rescue of Gao Zhisheng.

ChinaAid is highly concerned with the safety and freedom of Gao Zhisheng. We will never give up the efforts to secure his freedom. We call on the Chinese government to release Gao Zhisheng as an innocent man and investigate the criminal liabilities of the people involved in this series of brutal persecution against Gao Zhisheng. In the name of the law, we urge the Chinese Communist Party and Shaya Prison authorities to immediately stop persecuting Gao Zhisheng and to guarantee his family’s right to visit him once a month.