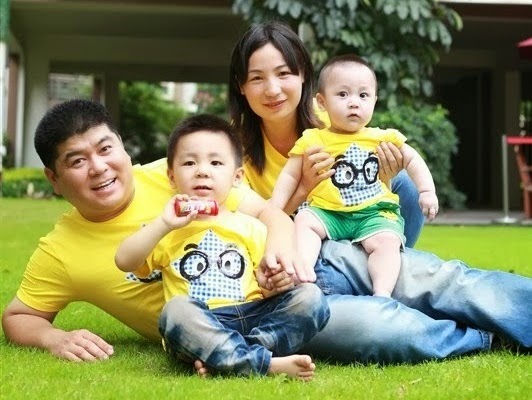 (Liuzhou, Guangxi—May 1, 2015) The four defendants from the Hualin Kindergarten case, accused of “illegal business operations,” in China’s southern Guangxi Zhuang Autonomous Region were sentenced by the Liunan District Court of Liuzhou on Friday.

Cheng Jie, Huang Quirui, Li Jiatao, all Christians originally from the Guangzhou-based Liangren Church, were each sentenced to two years in prison and fined 5,000 Yuan (U.S. $806) while Fang Bin, who was contracted to print the character improvement textbooks the others are accused of selling, was sentenced to one year and nine months in prison and fined 4,000 Yuan (U.S. $644).

“They refused to admit any guilt,” Du Hongbo, Cheng Jie’s husband, said. “We are discussing the matter with our lawyers and planning to appeal the sentence.”

“This is absolutely a wrongful verdict,” said lawyer Tan Yongpei, who along with two other lawyers from his firm replaced the three Christian defendants’ original lawyers after they were “disqualified” by the court.

Tan said the conviction and sentence for the four defendants was decided by members of the judicial committee of Liunan District Court rather than the chief judge. “These 11 leaders don’t know the details of the case, so they must have asked someone else to decide on this case on their behalf.”

“The procuratorate thinks the teaching materials, which were compiled by Liangren Church for use in their Liuzhou-based Hualin Foreign Language Experimental Kindergarten, didn’t have the necessary publishing permit from the bureau of education, making the materials illegal. The procuratorate and the court totally misinterpreted the law. Business operations and printing are two different legal concepts. One can print a million copies without violating the law. When one resells published material, it can then be interpreted as a business operation, and thus illegal without proper permits.

Tan also noted that he wasn’t allowed in the courtroom during sentencing because he “didn’t have a visitor’s pass,” despite the fact that there were many available seats in the courtroom.

Hualin Kindergarten Director Cheng Jie, along with another woman who was later released, was taken into police custody on Feb. 18, 2014. In June 2014, Guangxi authorities crossed into neighboring-Guangzhou and detained Huang Quirui, a Liangren Church elder, Li Jiatao, a Liangren Church member who is said to have been in charge of keeping accounting records for the books, and Fang Bin.

Authorities claimed the four defendants made a profit from selling the book, but lawyers said the kindergarten only charged its students’ enough money to cover the cost of printing the books.

During the trial on Feb. 9, 2015, the court escorted all the defense lawyers, expect Fang Bin’s lawyer, from the courtroom and “disqualified” them, leaving the three Christian defendants to find new lawyers. The Christians then hired Tan and two of his coworkers.

When Tan and the other lawyers attempted to visit their clients at the Liuzhou Detention Center on Feb. 26, 2015, their request was denied. Two days later, Tan’s Baijuming Law Firm of Guangxi issued a letter protesting the detention center’s interference. The letter called for the Guangxi Lawyers Association to conduct an investigation.