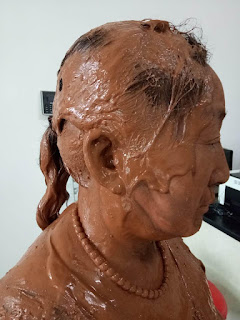 (Ezhou, Hubei—Aug. 18, 2017) After a raid chased a house church from its building out into the open on Jan. 10, authorities in China’s central Hubei province have been weekly attacking church services, firing fireworks at the Christians, and drenching them with mud.

For the past eight months, officials have arrived weekly at the outdoor services of a church and assaulted the Christians gathered there. According to a man surnamed Zhang, who pastors the church, “On July 11, the government officials threw firecrackers at the [Christian] brothers and sisters who attended the gathering. A sister was hurt.”

When Christians accompanied the injured woman to the police station to negotiate, four of them were detained for five-to-seven days.

In addition, they splash mud and water on the church members, with the latest instance occurring Aug. 8. Additionally, authorities confiscated furniture and other property belonging to the church and threatened to dump paint and excrement on the Christians the next week. It is unknown whether or not they fulfilled this threat.

On Jan. 10, more than 10 from the religious affairs bureau, public security bureau, and urban management brigade broke into the church’s building and removed its sign and property, including tables and chairs. The Christians resisted, and on the next day, tens of Christians held banners in front of local government buildings, demanding that they stop committing illegal deeds. Because of this attack, the church moved its services outside.

ChinaAid exposes abuses, such as those suffered by members of this church in Hubei, in order to stand in solidarity with persecuted Christians and promote religious freedom, human rights, and rule of law.