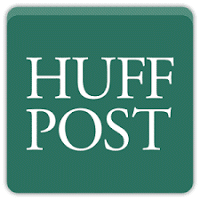 President Xi Jinping’s state visit is the first by a Chinese leader for over a decade but his presidency is also known for another “first”, the unprecedented arrest and detention of hundreds of lawyers and activists since July 2015. In addition, over one thousand crosses have been forcibly removed from churches in one province alone, and legislation has been introduced which the UN High Commissioner for Human Rights has criticised for leaving “the door wide open to further restrictions of the rights and freedoms of Chinese citizens”.

As the British government raises its profile with trade and investment with China, it must reflect its values on the world stage. When the Chancellor visited China recently human rights slipped down the agenda – publicly at least – in favour of trade, but human rights should not be viewed as a barrier to investment.

Human rights are not an optional extra; they are essential for the establishment of a society built on justice and rule of law. This ideal is enshrined in our legal system and one that we celebrate this year on the 800th anniversary of the Magna Carta, which Chinese human rights activists encouraged President Xi to view when it was displayed in Beijing. At the anniversary of its signing, you affirmed that it is our duty to safeguard “the legacy, the idea, the momentous achievement” of those responsible for its inception. You also stated that countries whose governments are subject to rule of law tend to be “the long term successes”, while those who don’t “tend to be the long term failures”.

Christian Solidarity Worldwide further believes that freedom of religion or belief is a touchstone for human rights standards in a nation. A recent study by Georgetown University and Brigham Young University found that religious freedom contributes to “better economic and business outcomes”. The authors go on to suggest that improving religious freedom is in the self-interest of businesses, governments, and societies.

It is in Britain’s best interests to partner with countries who share our values of rule of law, human rights and justice and our duty, as a nation whose heritage includes Magna Carta, to hold our partners to account when they fail to hold themselves accountable to domestic and international law. It is not enough to raise human rights concerns in private meetings; Britain must use its platform to go “on the record” about human rights in China.

Prime Minister, please use the opportunity of this state visit to go “on the record” about human rights in China, and to make it clear that the values enshrined in Magna Carta are not only for British citizens but are relevant today the world over.