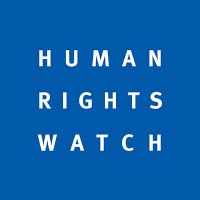 Today we remember Cao Shunli, detained as she sought to travel to Geneva to engage with the UPR process, denied medical treatment, and who died in Chinese custody four years ago today.

Since President Xi Jinping took power in China, Human Rights Watch has documented numerous cases of harassment, arbitrary detention, torture and ill-treatment, and enforced disappearance of activists, lawyers, and others deemed a threat to the state.

We think of lawyer Li Chunfu, who emerged from 500 days of secret detention, physically and psychologically broken by torture. We think of the countless Uyghurs uncertain of their family members’ fate as those people endure arbitrary detention in “political education centers.” And we think of Chinese authorities’ decision to silence rather than embrace the work of globally recognized Chinese feminists on International Women’s Day. We are especially concerned about the Chinese government’s increasing misuse of surveillance technology to punish those it deems disloyal, and note that today marks nine months since authorities arbitrarily detained artist Liu Xia following the death of her husband, 2010 Nobel Peace Prize winner Liu Xiaobo.

China’s posture towards UN human rights mechanisms is also deeply troubling. Last year Human Rights Watch documented China’s efforts to restrict participation in UN processes by independent activists like Cao Shunli and Dolkun Isa, its harassment of activists who reach the Council and of special rapporteurs and treaty body experts, and its manipulation of the ECOSOC accreditation process to deny accreditation to NGOs with dissenting views. This is hardly a model for “win-win” cooperation – or even “mutually beneficial cooperation” – as China has sought to rebrand its latest attempt to distort the international human rights framework.

Rather than bring states together to protect and promote human rights, China has instead sought to divide, conquer, and silence. Indeed, China’s draft resolution seeks to elevate the concept of “dialogue and cooperation,” while failing to even mention the Council’s responsibility to address gross and systematic human rights violations. Ironically, the draft resolution on cooperation makes no reference to this Council’s resolution and the Secretary-General’s report, “Cooperation with the United Nations, its representatives and mechanisms in the field of human rights” – possibly because China tops the list of states in that report responsible for reprisals.

Member states’ unwillingness to offer up another joint statement regarding human rights violations in China—whose human rights situation has worsened since the landmark March 2016 statement—is evidence of Beijing’s pressure, as was the European Union’s inability to muster a consensus statement under item 4 in June 2017.

No State is above scrutiny. The Council should reject China’s efforts to undermine this and other UN human rights forums, and speak collectively to urgently address the many human rights violations inside—and, increasingly, outside—the country.