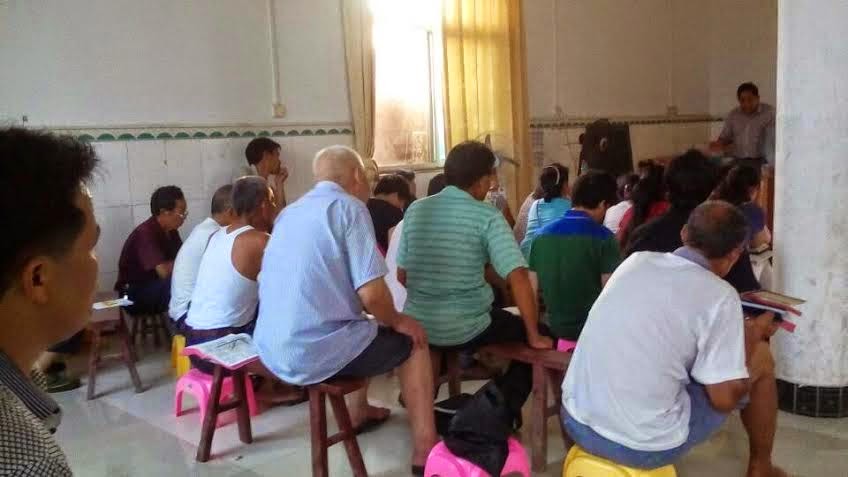 
(Shaoyang, Hunan—Sept. 25, 2014) Following the release of more than a dozen detained Christians from four different counties of Shaoyang, in China’s central Hunan province, on Sept. 12 authorities unfroze the believers’ accounts and returned all items confiscated from the churches.

In early August, authorities detained 15 Christians after a plainclothes policeman was handed a brochure on the street and subsequently followed the believers back to a church. Shortly after the detention, approximately 20 human rights lawyers, many of whom are Christians, came to defend the believers. Through the lawyers’ efforts, the authorities released all detained worshippers between Aug. 22-27. Twelve were released on bail pending trial while the other three were set free as Aug. 22 marked the end of a 15-day administrative detention sentence. However, the church members’ accounts remained frozen, as did the churches’.

On Sept. 12, lawyers finally pressured authorities into releasing the believers’ accounts and belongings. Along with the church in Dongkou County, Shaoyang, the lawyers are now pushing officials to drop the criminal charges against the eight Dongkou County church members, who, along with the four Longhui County believers, were released only after paying 10,000 yuan (US $1,630) in bail.

“The [officials] said it is very hard for them to withdraw the cases as they have to get approval from all their superiors,” an anonymous church member said. “We now suspect they simply never filed the cases. That’s why they are so afraid—if they withdraw the cases, the church would demand that they give them written materials proving that they have really withdrawn the cases.”

Additionally, none of the believers from Longhui County church are currently attempting to have their charges dropped. “Because no one in Longhui County sues [the police], the police’s attitude toward them is still harsh. When the clients went to negotiate terms with the police, the police always tried to shift the responsibilities to their superiors.”

China Aid also learned that police attempted to demolish one of the churches’ training centers on Sept. 11, but worshippers stopped them by threatening to report the incident to overseas media.