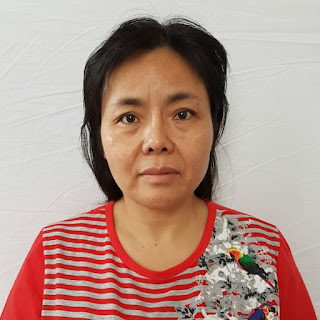 (Guangzhou, Guangdong—June 26, 2018) Local officials in Guangzhou, the capital of China’s southern Guangdong, recently held the husband of an escaped Chinese rights activist for 10 hours, according to Radio Free Asia.

Huang Yan first fled China in January of last year after a Chinese hospital denied her a critical surgery to combat ovarian cancer, which she contracted after years of suffering torture, house arrests, and beatings that resulted in miscarriages at the hands of the government. She received the operation in a southeast Asian country and has been seeking political asylum ever since.

However, her husband, Wu Guisheng, still resides in Guangzhou, and the police have been harassing him in order to keep Huang from speaking out against the abuses she suffered.

“They have had him under house arrest this whole time, but he was [recently] held in the police station for more than 10 hours,” Huang told Radio Free Asia. Because of the pressure from the authorities, Wu asked Huang not to contact him, and Huang suspects that authorities may have installed cameras in their home to monitor his activities, including whether or not he is talking to her.

Recently, police summoned him to the station and held him for 10 hours. He was allowed to return home on June 17. According to Radio Free Asia, Wu refused to offer comments, saying authorities had tapped his phone.

On May 29, Huang traveled to Taiwan. Upon hearing of her imminent arrival, the Taiwanese government planned to deport her back to China, prompting ChinaAid to pen an urgent letter to the United Nations High Commissioner for Refugees (UNHCR), the branch of the U.N. responsible for safeguarding refugees. The UNHCR previously granted her protected refugee status. Afterwards, Taiwan granted her a three-month legal stay, at which point Taiwan Association for China Human Rights (TACHR) President Yang Sen-hong and his wife met Huang at the Taiwan Taoyuan International Airport.

Huang’s right defense work included advocacy on behalf of internationally recognized Christian human rights lawyer Gao Zhisheng, who has suffered repeated imprisonment and torture for legally defending Christians and practitioners of the peaceful spiritual Falun Gong practice, both of which are often targeted for their faiths.

ChinaAid exposes China’s human rights abuses, such as those suffered by Huang and Wu, in order to stand in solidarity with the persecuted and promote religious freedom, human rights, and rule of law.