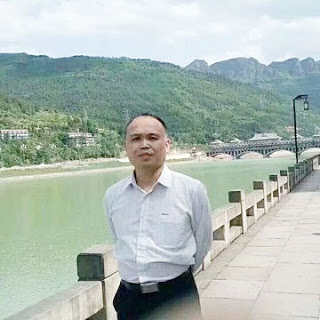 (Beijing,
China—January 14, 2022) The father of Beijing human rights lawyer Yu Wensheng,
who is imprisoned in Nanjing prison, passed away on January 9. Yu Wensheng was
not allowed to see his father for the final time before his death.

Dad, the father of
lawyer Yu Wensheng, passed away at 3:10 pm on January 9, 2022, in the
hospital’s intensive care unit after emergency efforts failed. Have a pleasant
journey, Dad! The farewell ceremony will be held tomorrow, and I hope Yu
Wensheng can come back to send his father off on his final journey.

After
lawyer Yu’s father was admitted to the hospital’s intensive care unit, Yu’s
brother found out and thought his father might only have about one to two days left.
Lawyer Yu’s wife Xu Yan, Yu Wensheng’s lawyer, his brother, and their relatives
sent a request to the Nanjing Prison to ask for assistance from the leaders of
the facility to allow lawyer Yu Wensheng the chance to see his father one last
time.

The
Nanjing Prison authorities told them that their appeal had been reported to the
section chief, who politely declined the request on the grounds that he was not
allowed to visit him in another location. Xu Yan asked the Nanjing Prison
authorities to report to the higher-ranking officials for assistance. However, their
attempt proved unsuccessful.

Yu
Wensheng’s father used to be a technical officer of the CCP’s Air Force, and
later took charge of the “political task” of receiving foreign guests at the
government’s China Travel Agency.

Yu
Wensheng used to be a successful business lawyer. He represented the well-known
case of 709 lawyer’s arrest (2015), suing the Chinese Ministry of Public
Security and its minister. In January 2018, authorities revoked his lawyer’s
license and arrested him for advocating constitutional reform. On April 19,
lawyer Yu was charged with “inciting subversion of state power.”

According
to the verdict, Yu Wensheng will be released after finishing his full sentence
on March 1, 2022, but his father left before his release and did not see his
son before he passed away.

Yu
Wensheng is currently imprisoned in Nanjing Prison. The last time his wife Xu
Yan and his lawyer Huang Hanzhong successfully met with him was on December 18.

The
feedback from the meeting was more optimistic than before. Lawyer Yu Wensheng’s
living conditions at the prison have improved. On December 1, Nanjing Prison
officials brought lawyer Yu to the dentist to have his teeth checked. His
Dermatitis that lasted about five months was also cured.

“I
walk and do push-ups every day, and my physique has improved compared to
before,” Yu Wen Sheng told his lawyer and wife, Xu Yan.

But
Yu Wensheng’s tremor on his right hand had worsened compared to the previous
month, and he still could not write. Prisons rarely allow outdoor
“ventilation,” it happens about one to two times a month.

Xu
Yan told her husband that his case had garnered the attention of many embassies
in China. In November of last year, the British embassy in China and seven
human rights officials from Germany, Switzerland, Sweden, Canada, and New
Zealand had a meeting with her.

When
asked by Xu Yan if he had anything he wanted to say, lawyer Yu responded by
telling her how much he loves her and misses her a great deal; he is counting
the days every day. He also told Xu Yan that he would listen to her after he
comes home, to which she responded with she’ll listen to him when he comes
home.

“Thirty minutes is very
short. Towards the end, with one hand placed on opposite sides of the glass, we had our eyes fixed on
each other and were unable to part as we waved goodbye with our other hand.
Then, he was yelled at by the officer inside and had to leave quickly. When I
saw this scene, I felt so helpless and heartbroken for my husband. During the
visit, I saw that the bones of his right wrist could be clearly seen, there is
very little flesh, it seems to be only bones and skins, has it been long since
he could write, or have the strength to brush his teeth and eat, and are some
of his muscles atrophied? I feel so heartbroken for him; with that being said,
I look forward to the successful release of lawyer Yu Wensheng in about two
months, and after he returns home, he can try his best to treat and recover his
right hand.”

Four
years ago, when Yu Wensheng had just lost his freedom for a few days, someone
took a three hours car ride to request a meeting with Xu Yan, and when they met
up, that lady specially brought her a Bible. Later, someone gave Xu Yan a copy
of Mother Teresa’s Works of Love Are Works of Peace for her to read. “It
took about four years to finish reading this Bible with 66 books, about 2,096
pages, on January 3, 2022,” Xu Yan revealed.

From
Xu Yan’s many Twitter posts, there are many traces of her faith and journey of
becoming a Christian. As a Christian organization, all the staff at ChinaAid
Association sincerely pray blessings upon this family.