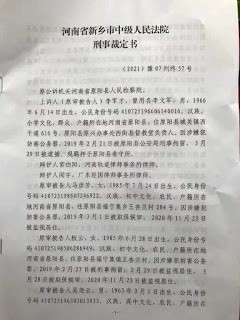 As the court decreed Pastor Li’s time as concurrent for several crimes, authorities sentenced him to serve five and a half years sentence and a fine of 50,000 yuan. Reportedly, officials will recover a total of 145,766 yuan from embezzlement of duty, and return to Yuanyang County Christian Council and Yuanyang County Committee of the Three-Self Patriotic Movement of the Protestant Churches. 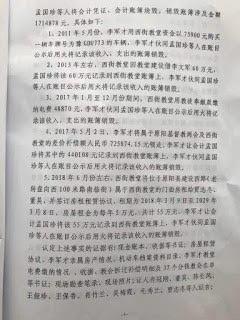 Li Chao, Pastor Li’s son, contends that CCP authorities fabricated all charges against his father in retaliation for Pastor Li standing against the CCP’s religious persecution.

Pastor Li served as pastor of Yuanyang County Central House Church, a former Three-Self church until 2013. Approximately 700–800 members attend this church, the largest church in the area, which owns wns several buildings.
During Pastor Li’s appeal trial, Chang Boyang and Wen Yu, hid defense lawyers, refuted all the charges from his original trial. They also provided detailed and accurate evidence, indicating that none of the charges agreed with the facts. Nevertheless, although Pastor Li’s lawyers presented sufficient evidence, the court failed to overturn the first court’s erroneous verdict.
~ Report by Yubing, ChinaAid Special Correspondent
Previous China Aid Posts regarding Pastor Li Juncai:
https://chinaaid.org/2021/01/addendum-for-ccp-authorities-sentence.html
https://chinaaid.org/2021/01/ccp-authorities-sentence-house-church.html
https://chinaaid.org/2020/11/update-pastor-juncai-li-of-forcibly.html
###
“And like their bow
they have bent their tongues for lies.
They are not valiant for the truth on the earth.
For they proceed from evil to evil,
And they do not know Me,” says the Lord.
~ Jeremiah 9:3 (NKJV)
China Aid exposes abuses in order to stand in solidarity with the persecuted and promote religious freedom, human rights, and rule of law. If you wish to partner with us in helping those persecuted by the Chinese government, please click the button below to make a charitable donation.