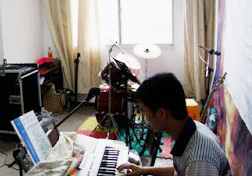 (Pu’er, Yunnan—June 8, 2015) In the latest in the escalating persecution of house churches in China this year, authorities in the southwestern province of Yunnan have ordered a house church with more than 20 college students to stop meeting and to turn in information about the students.

Seven or eight officials from the Pu’er City Religious Affairs Bureau and the United Front Work Department interrupted the Meng’en Church’s Sunday worship service on May 31 and ordered the Christians to stop meeting, according to Qiao Nong, China Aid’s special correspondent in Hong Kong.

China Aid had previously reported that church pastor Zhu Hewen continued to lead the worship service until all sermons and prayers concluded.

Zhu was ordered to report to the Religious Affairs Bureau the next day with a list of the names of the church members.

“The purpose of [asking for] a list of the college students’ names is to put pressure on the school president, students or parents [to let them know that] students are not allowed to believe in Jesus,” said Pastor Zhang Mingxuan, president of the Chinese Christian House Church Alliance. “This is a form of persecution directed at young people and students. I pray for them.”

Pastor Zhu did report to the religious affairs bureau the next day, but did not produce the list of church members. He was told once again that his church meetings were illegal because Meng’en Church was not registered.

The moves against Meng’en Church coincided with similar actions taken against Guangfu Church in south China’s Guangdong province. In addition to ordering the church to stop meeting, local authorities have also sealed shut the doors to the Guangfu church’s meeting site.

Beijing house church pastor Liu Fenggang observed, “Recently, China has taken strict hold of ideology, especially in the intense suppression of Christianity.” He noted the ongoing persecution of Christians in coastal Zhejiang province that began last year , this year’s developments in parts of northwest China where students are forbidden to have religious beliefs, as well as the church members who have been thrown into prison in the northeast and the persecution of the Daguan church in south China’s Guizhou province.

“The Communist Party believes that foreign anti-Communist forces are using religion to open up a wedge, so they are exercising especially strict control over Christianity,” he said.