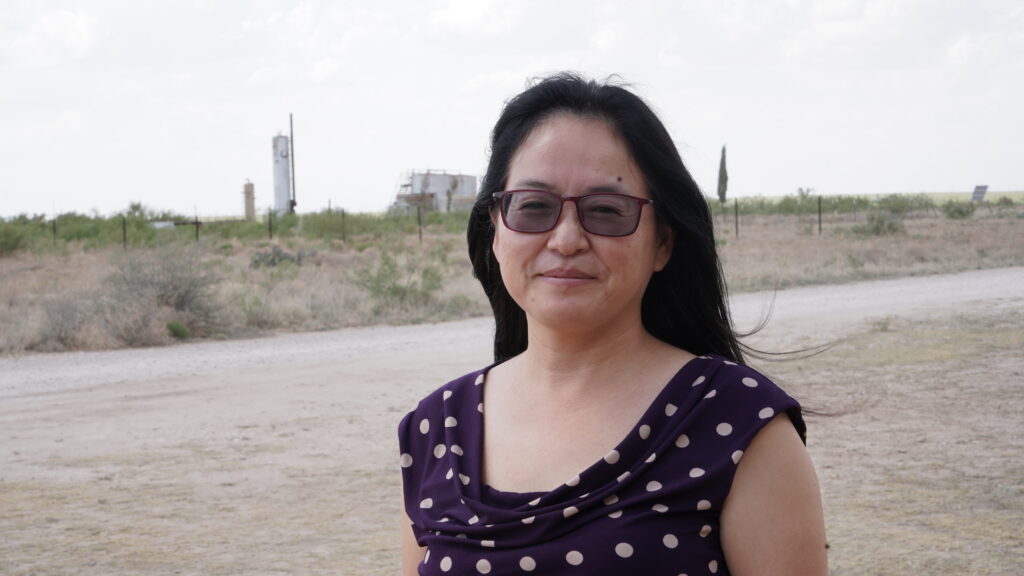 Mr. Jiang was unable to travel to the IBA Annual Conference in 2022 in Miami, Florida, to receive the award in person because he is currently under house arrest. On November 3, his wife,  Jin Bianling, currently residing in the U.S., received the award on his behalf at the IBA Human Rights Law Committee and Section on Public and Professional Interest (SPPI) breakfast.

“Over the past 10 years, human rights in China have further deteriorated; more human rights lawyers face arrest, but they have persevered like other human rights defenders. As far as I know, none of my human rights lawyer friends have given up because of persecution. All of us understand that freedom is never free. This award is a recognition of myself and my colleagues in China. I thank the International Bar Association, thank our international colleagues for your support. On this day, human rights lawyers and human rights defenders around the world stand in solidarity with Chinese human rights lawyers… I believe that defending human rights is part of a lawyer’s duty, ordinary and natural. But in China, when a lawyer takes the law seriously, defends clients according to the law, and practices human rights enshrined in the law, he or she is regarded as opposing the Communist Party and subverting the state power. Such lawyers and their families face constant persecution by the state. In my own case, for not giving up on defending human rights, I’ve endured years of harassment, house arrest, disbarment, forced disappearance, arbitrary detention, torture, and prison. Even after my release, they’ve continued to limit my freedom of movement, preventing me from traveling, seeing doctors, meeting friends, and barring me from leaving China to reunite with my wife and daughter in America.”

According to official reports from the IBA website, Sternford Moyo, the organization’s president, said, “On behalf of the IBA, I congratulate Jiang Tianyong for his work in defense of the human rights of his fellow citizens,” according to the IBA’s official website. I hope he will continue to inspire others in the global legal community to remain steadfast in the promotion and protection of these rights and the rule of law.”

Each year, the IBA presents an award to an outstanding lawyer in the field of human rights law. The award is given to a legal practitioner who is considered to have made a significant contribution to the protection and promotion of human rights of any group of people, especially with respect to their right to live in a fair and just society under the rule of law.

Jiang Tianyong was deemed by his nominator as having a “fearless commitment” to defending human rights in China. He has dedicated his career to helping others. He arrived in Beijing in late 2004 to practice law, and one of the first cases he took on involved blind rights activist Chen Guangcheng, who was targeted by authorities for exposing brutal birth control practices in rural Shandong province. Together with a group of public interest lawyers, Jiang worked on a case against the birth control department and government of Linyi County on behalf of nearly two dozen victims of violent birth control. When Chen Guangcheng was placed under house arrest in 2010, he led rescue efforts to secure his freedom.

In 2009, Mr. Jiang’s license to practice law was suspended for taking on too many “sensitive” cases. Despite this, he continues to represent Falun Gong practitioners, Tibetans, Christian house churches, and victims of land misappropriation in court as a citizen advocate.

In 2011, as part of the so-called Jasmine crackdown, he was forcibly disappeared by the Chinese government and subjected to beatings, humiliation, sleep deprivation, and other forms of torture. In 2016, Jiang was detained again, forced to plead guilty on television, and sentenced to two years in prison. Following his release, he was placed under unlawful house arrest for up to three years, from February 2019 to March 2022, and remains under close surveillance. He has been barred from leaving China to join his wife and daughter, who are living in the United States after fleeing the country.

Yaxue Cao, the founder and editor of the human rights organization China Change, nominated Mr. Jiang for the award. She said, “Lawyer Jiang Tianyong has devoted two decades to defending human rights through his practice. Despite harassment, torture, and imprisonment, he has never stopped his work as an attorney, organiser, advisor, and communicator. Jiang represents the best of China at a time when standing up for basic human rights and dignity is considered a ‘subversion of state power.’ He knows that things must change and has been one of his country’s most conscientious activists fighting for the rule of law.”

The International Bar Association’s Human Rights Institute (IBAHRI), founded in 1995 under the leadership of Founding President Emeritus Nelson Mandela, is an autonomous and financially independent entity dedicated to the promotion, protection, and enforcement of human rights under a just rule of law.

Founded in 1947, shortly after the establishment of the United Nations, the IBA was born out of the belief that an organization of the world’s bar associations could contribute to global stability and peace through justice. The current membership consists of more than 80,000 international lawyers from most of the world’s leading law firms and some 190 bar associations and law societies in more than 170 countries.

The IBA has extensive expertise in assisting the global legal community and, through its global membership, influencing the development of international law and shaping the future of the legal profession worldwide.