On August 26, 2012, a 15-member international Christian medical team arrived at Laiza, the seat of the Kachin Independent government and began to provide free humanitarian medical aid to the refugees.

It is now the rainy season in Northern Burma and the endless rains have threatened the transportation lines around Laiza. Therefore the brothers and sisters in this medical team could not get to the place the Kachin government had arranged for them. On the first night the team spent the night in a room cramped with their own luggage. The room is usually used by local Christian believers for gatherings. 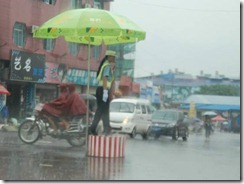 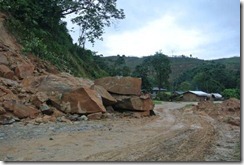 Photo 2. Many days of rain have caused a rockslide onto the mountain road 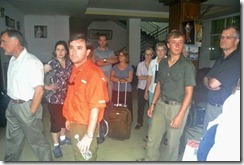 Though they did not sleep well the night before, the medical team members rose with the sun and went to Je Yang Refugee Camp (which has the highest number of refugees), to tend to the suffering refugee who are most Christians. Records show that the number of refugees in this area now exceeds 10,000 people. The only refugee camp in Laiza is built here. After the medical team arrived at the refugee camp, they became aware of the poor condition of the hospital. The patients who came for treatment stood in long lines and the brothers and sisters in this medical team began tending to the multitudes at once. Some team members diagnosed the refugees illnesses while other members prepared medications. After the refugees were seen by the doctors, they were given the medications for their conditions. Following dispensing of the prescribed medications, a member of the medical team gave the refugees instructions on how to take the medications. Because of the language barrier, everything was absolutely dependent upon the assistance of interpreters. For the medical ministry, the Kachin Independent government provided four government interpreters to Je Yang. The medical team worked two days in the refugee camp and they found the situation to be alarming. Currently, tuberculosis and other dangerous infectious diseases pose the greatest threats to the refugees. The medical team rapidly notified the Kachin government agencies of the gravity of the situation. 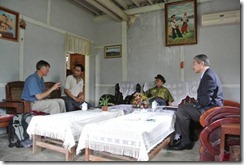 Photo 4. Meeting at the official residence of the Chairman of Kachin government 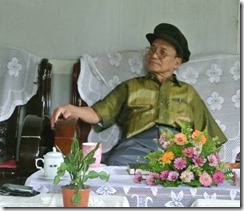 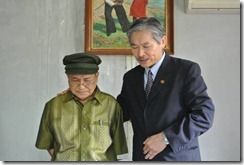 At the same time as they treated their patients, the head and representative of this medical team met in a friendly and cordial manner with Chairman Zawng Hra of the Kachin Independent government. On the afternoon of August 26, Caust, the head of the team and Christian Wei, president of Eucon International College & School, accompanied by Brother Zhang Shengqi from mainland China House Church, also the head of the Chinese Christian Journalists Association, went to the official residence of the chairman. The meeting took about one and a half hours and both the guests and host spoke candidly with each other, and rejoiced that they had cooperated swiftly to begin to meet the great needs of the refugees. Chairman Zawng Hra extended his heartfelt gratitude to the guests and prayed to God for more blessings. After the talk, all the people stood and president Christian Wei prayed for Chairman Zawng Hra.

The brothers and sisters in this medical team have given a living witness to the Lord Jesus’ teaching that Christians should “love each other.” They have also shown to us that “spiritual siblings are even dearer to each other than biological ones.” These foreign members of body of the Christ have come afar to Kachin and treated the refugees as their own family members. They are not here to seek profits and they are here only because they want to be guiltless before God. May every brother and sister in China also take actions and practice Jesus’ teaching and let the refugees in Kachin see that God still loves them and constantly prove this with the actual love of Christians.