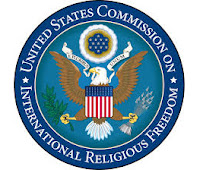 The letter, which included 112 signatures from both individuals and non-government organizations and religious communities, was addressed to Chairman Bob Corker and ranking member of the Senate Foreign Relations Committee Ben Cardin urged the quick passage of S. 1789, the United States Commission on International Religious Freedom (USCIRF) Reauthorization Act of 2015, before USCIRF’s current authorization expires on Sept. 30.

International religious freedom “provides the foundation for stable democracies and their components, including civil society, economic growth, and social harmony,” the letter states, adding that the topic of religious freedom in one that frequently unites members of both parties.

Additionally, the letter states that S. 1789, the reauthorization bill, is preferable to S. 1860, the Further Independence of Religious for Security and Tolerance Freedom Act of 2015, which was introduced after S. 1789. The letter argues that debates about provisions in S. 1860 are unlikely to be resolved before USCIRF’s current authorization expires and that moving forward with S. 1789 is the “most effective way to ensure the continuity of USCIRF’s essential mandate to protect and promote religious freedom worldwide.” The letter also suggested that certain provision in S. 1860 “could potentially undermine USCRIF’s vital work.”

USCIRF was included as part of 1998’s International Religious Freedom Act (IRFA), which authorized USCIRF, a bipartisan commission, to investigate the religious freedom condition in countries throughout the world in order to produce a report detailing its findings, designate Countries of Particular Concern, and make policy recommendation to Congress and the President.

“China Aid, along with hundreds of other non-governmental organizations and religious communities that are on the front lines advocating for international religious freedom, views the work and mission of USCIRF as essential to combatting the decline of religious freedom globally,” China Aid Vice President Kody Kness said. “Any legislative effort to restrict or prevent USCIRF from fulfilling its mandate as defined by IRFA or jeopardizing its existence by not acting swiftly to reauthorize the Commission is unacceptable and an affront to those individuals and communities who are persecuted for their religious beliefs.”

Signatories, as well as the full text of the letter, can be read here.