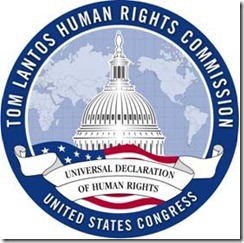 (Washington, D.C.–Jan. 24, 2013) Prominent U.S. congressman Frank Wolf has written personally to jailed Chinese Christian human rights lawyer Gao Zhisheng to inform him of his selection as one of the first two prisoners selected for the new Defending Freedoms Project of the Tom Lantos Human Rights Commission, a bipartisan committee of the U.S. House of Representatives.

The Defending Freedoms Project was launched in December 2012 and Gao and Nabeel Rajab, prominent human rights activist in Bahrain, were the first two activists selected for the initiative, by which “members of Congress “will stand in solidarity with imprisoned human rights defenders from across the world,” according to the Commission’s co-chairs Wolf (R-Va.) and Rep. James McGovern (D-Mass.) and the chair of the U.S. Commission on International Religious Freedom, Katrina Lantos Swett, which is co-sponsoring the project along with Amnesty International.

Wolf is one of several U.S. congressman who have long been committed to winning Gao’s freedom.

In his Jan. 22 letter to Gao, Rep. Wolf wrote: “The goal of this project is to increase support for and raise the profile of prisoners of conscience around the world. Congressional offices will adopt at least one prisoner and work in support of that prisoner’s release.  And I have chosen to advocate for you.” 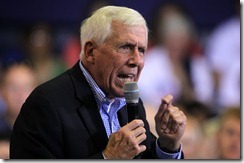 “Your faith is an inspiration as is your pursuit of justice even at great risk to your personal safety and well-being.  The Chinese communist party, just as the Soviet Union before it, is destined for the ‘ash heap of history,'” Wolf said. ”  You have my promise that I will be your friend and will not be silent in the face of your suffering.”

He ended the letter with a hand-written note that said, “I hope you will be released soon.”

Since learning in January 2012, that Gao, who had long disappeared into police custody, had been transferred to serve his prison sentence in Shaya Prison, in the remote western China region of Xinjiang, ChinaAid has made unrelenting efforts on his behalf through diplomatic channels and has has helped Gao’s family hire two prominent human rights defense lawyers, Li Xiongbing and Li Subin.

On Aug. 27, the two lawyers appointed by Gao Zhiyi, Gao Zhisheng’s eldest brother, to represent Gao, made a special trip to the Xinjiang Uyghur Autonomous Region to visit Gao in prison.  However, the prison refused to allow the visit to take place.  See https://chinaaid.org/2012/08/urgent-lawyers-for-jailed-christian.html

On January 12, 2013, Gao’s brother and his father-in-law were allowed to visit him for 30 minutes during which they were allowed only to talk about family matters. It was their first meeting in 10 months.  News reports about the visit said Gao appeared to be okay.  (See this Chinese-language report by Radio Free Asia: http://www.chinaaid.net/2013/01/rfa-12.html .

While this meeting was a small step in the right direction, it was far from enough for Gao Zhisheng, his wife and his children. Moreover, Gao and his family were restricted from talking about anything other than family news, which is a violation of the law. Meanwhile, Gao’s right to consult with his lawyer is still being denied, which is also a violation of the law and needs to be corrected at once.

ChinaAid applauds the decision to allow Gao’s family to visit him in prison and hopes that the new Chinese government leaders will win the trust of the people, win back the hearts of the people which were lost over the past ten years, promote the rule of law, control corruption and attach great importance to citizens’ basic personal rights and protect those rights.

ChinaAid founder and president Bob Fu said: “We highly commend the decision of the Tom Lantos Human Rights Commission. We hope the Chinese government can protect the rights endowed by law to Gao Zhisheng and his family, and allow his lawyers to continue the appeal process for the miscarriage of justice in the Gao case, until Gao’s freedom is finally secured and he is reunited with his wife and children in America.”

Below is the full text of Wolf’s letter. See a scan of the original letter here: https://docs.google.com/a/chinaaid.org/file/d/0B_YUgSyiG6aIbnUxaFZ2VGVCczQ/edit

Happy New Year.  I hope this letter finds you well. My name is Frank R. Wolf and I am a U.S. congressman from the state of Virginia.  Though I don’t expect you have heard of me, I, along with some of my colleagues, have heard of you and have advocated for your release for several years.  I am a co-chairman of the Tom Lantos Human Rights Commission, a congressional commission whose mandate is to promote, defend and advocate for basic human rights around the world.

At the end of last year, the commission launched a new initiative called the Defending Freedoms Project.  The goal of this project is to increase support for and raise the profile of prisoners of conscience around the world. Congressional offices will adopt at least one prisoner and work in support of that prisoner’s release.  And I have chosen to advocate for you.

Early last year, I urged President Obama, in a letter signed by myself and several other members of Congress, to model President Ronald Reagan’s approach with the Soviet Union when it came to human rights advocacy.  Reagan was respectful but bold. He raised individual cases by name. He linked human rights to every other facet of U.S.-Soviet relations, rather than sidelining it in the context of larger bilateral priorities.  In the letter, we urged the president, in his meeting with China’s vice president, to publicly and privately raise the cases of six prominent Chinese citizens who have suffered greatly at the hands of their own government – you were one of them.  We also encouraged President Obama and Vice President Biden to meet with your wife prior to their meeting with the Chinese vice president to hear first-hand the plight that both you and your family have endured. I have enclosed a copy of the letter so that it might encourage you. Later that same week, your wife gave compelling testimony during a congressional hearing.

Your faith is an inspiration as is your pursuit of justice even at great risk to your personal safety and well-being. The Chinese communist party, just as the Soviet Union before it, is destined for the “ash heap of history.”  And when that day comes, your name will be among the dissidents who courage inspired a nation.

Martin Luther King famously said, “In the end we will not remember the words of our enemies but the silence of our friends.”  You have my promise that I will be your friend and will not be silent in the face of your suffering. I will continue to advocate on your behalf until your freedom is secured.