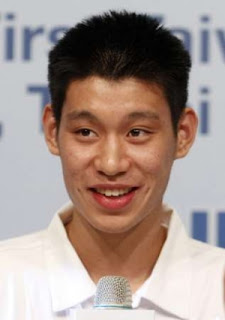 Jeremy Lin’s rise to fame has received the attention of many Chinese Christians, and inspires those who face religious persecution in their Communist homeland.

Jeremy Lin is not Chinese – his family identifies themselves as Taiwanese – yet he has captured the heart of many people in mainland China, including Christians who are often times persecuted. The Chinese government attempts to control religious practices in China, requiring churches to register and overseeing religious education. It also approves of less than 25 Protestant seminaries and Bible schools with less than 10 full-time employees.

Despite the censorship efforts of the Chinese governments, Lin’s story of success, including his Christian faith, has caught the attention of Christians in China, according to The New York Times.

“Your physical agility has shown me the glory and omnipotence of God,” writes one Internet user.

“How should young Christians live the life of the Lord?” another blogger writes. “We have a good example in Lin Shuhao’s miraculous performance and we should cheer him on.”

Professor Yan Ronghui of the Zhejiang Theological Seminary in Hangzhou, told The New York Times that she plans to use Lin’s religious faith and basketball success as a model for students in her theological English course.

Hu Shubang, 25, a student at the seminary, said that Lin could become a symbol for Christians in China to use in seeking converts.

“Just by his being a Christian, it is a fantastic way to broadcast the ways of Christ,” Shubang said.

Hu believes that only five men out of the 180 students at the seminary, and hardly any women, even know about Jeremy Lin’s faith, due to the Chinese media omitting and censoring religious subjects.

It is estimated that out of China’s 1.3 billion population, 100 million are Protestant Christians. Jeremy Lin is a Taiwanese-American; his parents emigrated from Taiwan. His maternal grandmother is from China, but she fled to Taiwan in the 1940s to escape China’s Civil War. Lin’s great-grandfather was converted to Christianity by American Protestant missionaries.