Jiang Tianyong and Family Deprived of Right to Worship 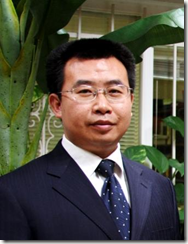 ChinaAid   October 12, 2010
Photo: Attorney Jiang Tianyong
BEIJING — After Christian attorney Jiang Tianyong was warned by police to “cooperate” by not going to Sunday worship on October 10, he was followed by plainclothes police and physically seized while his frightened wife and child watched helplessly.
This is yet another occasion in a month that Jiang Tianyong and his family have been oppressed.  From September 7-14 he was threatened, his email account hacked, and the locks were changed on his wife’s bicycle and on their home.  (Read more)
Jiang is a member of the Chinese Petitioner Rights Defense Association, a group of legal defenders committed to protecting the rights of petitioners and promoting rule of law throughout China (Read about the CPRDA).
Read Jiang’s letter describing the most recent events:
The right to worship of the family of Jiang Tianyong, a Christian attorney in Beijing, has been rudely deprived by Beijing police.
By Jiang Tianyong
At 1:55 on Sunday afternoon of October 10, 2010, I, as a Christian, went out to attend the worship service at my church as usual. However, police officers waiting downstairs blocked my way, claiming that Xia Yuxiang, deputy director of Yangfangdian Police Station, wouldn’t allow me to go to church.
After I called Xia Yuxiang, I learned that Song Aixin from Domestic Security Protection Squad from Haidian Public Security Branch wouldn’t let me go. When I called Song Aixin, he asked me to help him by cooperating in this matter. I wondered how he wanted me to cooperate. Should I cooperate with the police in violating the law? I told them that I was already cooperating with their police by letting them stalk me and by sitting in their police vehicles. Should I give up my personal freedom and the freedom to worship before they can call it “cooperation?”
I said that, as a Christian, I had to attend today’s worship service and that I wouldn’t sit in their vehicle.  If they wanted to follow me, let it be so, since it’s their problem.  Later, a local police officer told me that my family could go there, but we had to be accompanied by the plainclothes police. As they were concerned that the plainclothes men might not be able to follow us, I told them I could walk slowly so that they could follow us.
What we didn’t predict is that when we were almost at Exit C at Junbo Station of Line 1 of the Subway, two young people suddenly caught up with me from behind, grabbed my clothes, and wouldn’t let me go. My wife and child were so scared that they didn’t know what to do. I told my wife and child to leave, and asked the two people who they were and why they blocked my way.
The two people said they were from Yangfangdian Police Station. When I asked to see their identification, their answer was “No!” When I asked them whether they had any reasons or legal basis for their action of blocking my way, they said it was the order from their superiors. I told them that what my entire family was just going to a worship service, and it had nothing to do with the Nobel Prize, Liu Xiaobo or any other issues they people are concerned about.
They said they had talked with the leaders in the branch and the municipal bureau. The Municipal Public Security Bureau and Song Aixin from the branch had clearly stated that they would take it as a serious act of dereliction of Yangfangdian Police Station if I succeeded in arriving at the church today!  They tried the whole time to prevent me from going forward. In this way, they held me until 16:05.  Since it was already too late to go to the church, I decided to go home. Many of them then escorted me very closely to my home.
As a Chinese citizen and a Christian, I hereby express my indignation at the conduct of the Beijing police in using such a powerful organization to willfully sabotage the implementation of the law of the state, and in willfully restricting a citizen’s personal freedom and right to worship!
When the Beijing police violated the law, my wife and child were scared.  It is really abominable of Beijing police to willfully trample the current Chinese law instead of protecting the human rights of the citizens.
The phone number of Song Aixin from Domestic Security Protection Squad of the branch: +86 139 1180 7506；
The phone number of Xia Yuxiang, deputy director of Yangfangdian Police Station of Haidian Public Security Branch: +86 137 0113 9212 (handset of Li Aimin).
ChinaAid is encouraged by Jiang Tianyong’s tireless dedication in defending the rights of the persecuted and seeking to exercise his own right to worship despite continued opposition.  We call on the local authorities to stop harassing Jiang and his family.  Concerned Christians are encouraged to pray for Jiang’s family.  You can also support Jiang and other Christian attorneys in China by donating today.