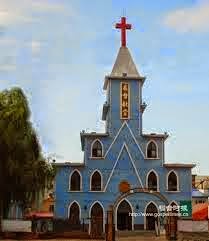 (Dunhua, Jilin—June 6, 2014) The leader of a government-sanctioned church in China’s northeastern Jilin province shared his complaints against the local government with China Aid in a last-resort attempt to achieve a favorable outcome after exposed high-voltage power lines, to which the local agricultural electricity bureau was slow cutting power, caused a fire in 2013.

Pastor Wang, who preaches at Dunhua Church and leads Dashitou Church, which was affected by the fire, told China Aid that the damage caused by the fire to both the church building and property inside is estimated to be around 1 million yuan (US $160,000).

“The Bureau of Commodity Price estimated the damages to be 670,000 yuan (US $107,000), and we thought we could accept that. However, the agricultural electricity bureau wouldn’t pay it, so we sued them,” Wang said. “They repeatedly claimed that they would play this game with us because they have enough money [to pay the legal fees].

“We lost the trial of first instance and…the trial of second instance. Our lawyer said we could appeal the case at the Jilin Higher People’s Court, but we have run out of money,” Wang said.

“I told the minister of the [local] United Front Work that if we are desperate, and there’s no way out for us, we’ll make our complaint on an international website. That scared them a lot,” he said.

The feud began after the local agricultural bureau replaced the power lines, which were positioned above the iron-roofed church, with four high-voltage power lines that ran underground. When the land the church was on began to subside, similar to a small sinkhole, the lines stayed at their original level due to still being anchored in the ground at the edges of the subsidence. Because of the sunken land, there was no longer enough protection between the power lines and the iron roof.

The church, built in the 1990s, discovered this occurrence in July 2013, and discontinued use of the building. Shortly thereafter, the church caught fire. Church members called the fire department, who attempted to put out the fire with water. After learning that there were was still electricity coursing through the wires and subsequently the roof, the fire department called the agricultural electricity bureau to get the power turned off.

“The agricultural electricity bureau didn’t cut off the power until 20 minutes later,” Wang said. “This caused a delay in the rescue efforts, and the small fire spread to the church of more than 300 square meters (984 square feet). All the equipment inside was burned.”

“We were considering not appealing the case,” Wang said. “We wrote a letter to the chief justice of the Yanbian Prefecture Court. The chief justice said we should appeal if we think the result of the case is unreasonable.

“The sheet iron was assessed by the relevant department in Shenyang, and they have [determined that] the sheet iron’s melting point was reached when the high-voltage wires hit the sheet iron,” Wang said. “They have eliminated all other factors [as the cause of the fire], but they didn’t eliminate this factor.”

Dashitou Church is home to more than 1,000 members. “More than 600 of them gather on Sundays. I’m the pastor of the entire area. There are no pastors in Dashitou Church—only an elder who is in his 70s.”

“Now that the church is burned down and we owe over 1.5 million yuan (US $240,000). Even if we could rebuild the church, we wouldn’t be able to pay back the loan as there is interest on interest,” Wang said.