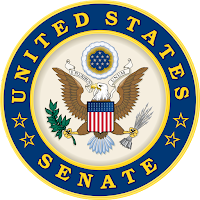 With the Pope’s visit to the nation’s capital recently dominating the news headlines, you may have missed the state visit of Chinese President Xi Jinping. This visit comes at a time of great tension in US-China relations.

The downturn of the Chinese economy has directly impacted American businesses and our stock market, while creating uncertainty in the global economy. China’s new military developments in the disputed waters of the South China Sea have elevated anxieties in the region and around the world. The cyberattacks aimed at our government threaten our national security and undermine the basic level of trust necessary for future cooperation between our two nations.

Added to an alarming situation is an issue being left off the table by the Obama administration.

Human rights in China are under attack.

Under President Xi’s watch, China has advanced new laws to encourage media censorship, inhibit public dissent and legitimize religious, political, and ethnic discrimination. The State Security Law, the draft Cybersecurity Law and the draft Counterterrorism law, for example, contribute to a heavy-handed legal framework that stands in stark contrast to many of the freedoms we as Americans hold most dear.

Civil society faces pressure from all angles, as numerous non-governmental organizations face the prospect of closure and relocation in response to an ever more stringent regulatory atmosphere.

Religious communities and ethnic minorities find themselves increasingly marginalized as places of worship and religious symbols are systematically destroyed.

Involuntary abortions and, in some cases, sterilizations are forcibly performed on those who disobey government mandated reproductive restrictions.

Public dissent is largely nonexistent, as those who champion the freedom of speech or assembly are met with swift punishment. Activists, community organizers and human rights lawyers have time after time been victims of state sponsored harassment, commonly in the form of arbitrary charges and detainment. Since July, more than 250 human rights lawyers have been rounded up and jailed in one of China’s most recent attempts to quell public discourse.

Journalists in China fight an uphill battle as well, facing obstacles with the visa process, including delays and the constant threat of revocation. Access to reliable, impartial information in the country has always been an issue for its citizens and has become more difficult in recent years. The so-called “Great Firewall of China” is a barrier between the world’s largest market of Internet users and a range of social media sites and news outlets.

China’s failing human rights record is not only a concern for the people of China, but for anyone who values the fundamental principles from which our own nation was built. The freedoms of expression, press, assembly and religion, to name just a few, are essential in any modern society. People around the globe should live with these basic human rights.

We have a moral obligation to highlight these injustices and use our influence to change these policies. My colleagues recently launched the #FreeChinasHeroes Twitter campaign to spotlight cases and raise awareness of this injustice during President Xi’s visit. This, along with other efforts to call attention to human rights abuses in China, will hopefully help to bring change. The juxtaposition of the Pope’s message to Congress pressing us to respect human life, with President Xi’s record of abuse, can help shine a light on a problem too important to ignore.