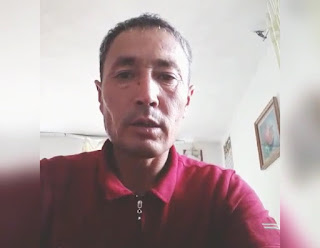 Saizangguli Yizhatuola gained fame as a Kazakh film and television producer, even though she is only 28 years old. After her parents came to China to visit her on Aug. 24, 2017, she lent her SIM card to her mother and was taken away by police at 11:00 p.m. that day. Since then, no one has heard any news about her.

Another renowned person, the Kazakh journalist, editor, and cultural curator Hailati Ahebaer, was forced to return to his birthplace in Tuoli County, Xinjiang on Jan. 4, 2018. Officials then confiscated his passport and put him under house arrest. He has been away from his family, who live in Kazakhstan, for more than a year, and he might be sentenced to 15 years in custody. His wife said, “My husband is ailing and was sent to the hospital. We … hope that he will come back.”

For the past few years, Chinese authorities have been cracking down on Xinjiang’s ethnic minority Muslims, in some cases even issuing arbitrary arrest quotas for police to meet and causing the unlawful seizure of more than 1 million people. These prisoners are often sent to camps, where they are tortured and forced to study Communist Party propaganda in order to obtain better treatment. Some are even required to work for little to no pay in manufacturing factories located in their camp’s compound.

The government insists that this controls terrorism; however, the people arrested are often peaceful citizens who have not committed any crimes. Additionally, the actions triggering their arrests are often trivial, such as planning to travel abroad or asking if food is halal.