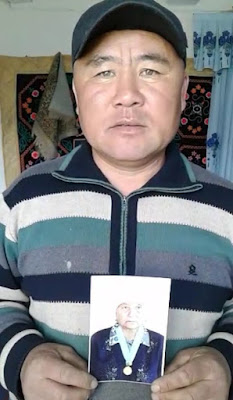 (Tacheng, Xinjiang—June 6, 2018) A Kazakh Chinese woman who immigrated to Kazakhstan revealed that Chinese agents imprisoned her parents for leaving China’s northwestern Xinjiang to visit her, and her sister was taken into custody for sending her daughter to school in Kazakhstan.

Qacimhan Danagu told ChinaAid that her parents, Ibrahim Hasimhan and Tilix Aygul, visited her in Kazakhstan in 2015. As a result, Chinese police arrested them on March 17, 2018, and sent them to a reformation center, a specialized prison designed to incarcerate and torture people of ethnic minority descent. She cannot reach them.

“My older sister is Hasimhan Mayragul,” Danagu said. “She was born in Egizkol Village, Emin County, Tacheng District, Xinjiang on April 17, 1975. Her daughter is an eighth grader [attending school] in Kazakhstan. In January 2018, the Chinese government officials called us in Kazakhstan, threatening to punish my sister and her husband if their daughter stays in Kazakhstan. I bought a plane ticket to Urumqi for my niece. In February, the local police brought my sister to the reformation center, just because her daughter used to attend middle school in Kazakhstan. I implore Kazakhstan’s Ministry of Foreign Affairs and the international society to help my family members.”

It is estimated that Chinese authorities have sent more than a million ethnic minority citizens to these reformation centers, where they are subjected to harsh treatment. Often, these prisoners, who come from predominantly Muslim backgrounds, are taken because they contacted family members living abroad, asked about immigration to Kazakhstan, prayed, or owned a Qur’an. Officially, authorities claim the crackdown is to prevent terrorist activities, but the majority of people arrested are peaceful citizens who have been profiled for their race and religion.

A man from Kazakhstan, Rahimbay Bolatbek, talked about his 78 year-old mother, Barzarbay Gulsumhan. “She obtained Kazakhstan citizenship in 2009. My mother was sent to a reformation center on Dec. 14, 2017, when she returned to China to cancel her household registration. The Chinese Communist Party wants to reform a 78 year-old. I demand that the government release my mother.”

He also said that the Chinese government has no right to detain a Kazakh citizen or reform other humans. “I hope that Kazakhstan’s Ministry of Foreign Affairs can rescue its citizens. I hope that the human rights organizations and the international society can urge the Chinese Communist government to stop persecuting us. We don’t need to be reformed. We want our families to be released.”

ChinaAid has been exposing the abuses conducted against ethnic minorities in Xinjiang in order to stand in solidarity with the persecuted and promote religious freedom, human rights, and rule of law.