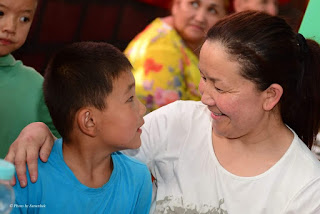 (Kazakhstan—Aug. 4, 2018) In a rare decision, a Kazakh court ruled that it would not deport a Kazakh Chinese woman who described the sordid conditions of China’s “re-education camps,” instead assigning her to a six-month suspended sentence.

The woman, Sayragul Sauytbay, is a former teacher who was forcibly transferred from a kindergarten to a “re-education camp” to teach Chinese history. Such camps, which are actually prisons dedicated to incarcerating, torturing, and brainwashing ethnic minority Muslims in China’s northwestern Xinjiang, have been an integral part of a crackdown on what China terms extremist thought. However, the inmates can be incarcerated for charges as minor as inquiring about traveling to Kazakhstan or corresponding with relatives abroad.

Sauytbay originally sought to legally travel to Kazakhstan, where her son and husband had already obtained citizenship, but Chinese authorities confiscated her passport two years ago. She later found out that she would not be allowed to go abroad at all or even see her family at free trade areas, where both Chinese and Kazakh people do not need to obtain visas if they have been granted visas previously. Left with no other option, she crossed the border illegally and was intercepted by Kazakh officials.

However, if she was deported much like others who attempt to cross the border illegally, she would likely face imprisonment and torture, The Guardian said, citing her lawyer.

In her trial, Sauytbay testified about the conditions of the “re-education camps,” saying the one she was stationed at contained 2,500 Kazakh Chinese citizens, The Guardian reported and quoted her as saying in her court testimony, “That I am discussing this camp in an open court means I am already revealing state secrets.”

In response, the court gave six-month suspended sentence, during which she will have to report to the police, but she will be allowed to remain in Kazakhstan.

ChinaAid exposes abuses, such as those suffered by Sauytbay, in order to stand in solidarity with the persecuted and promote religious freedom, human rights, and rule of law.