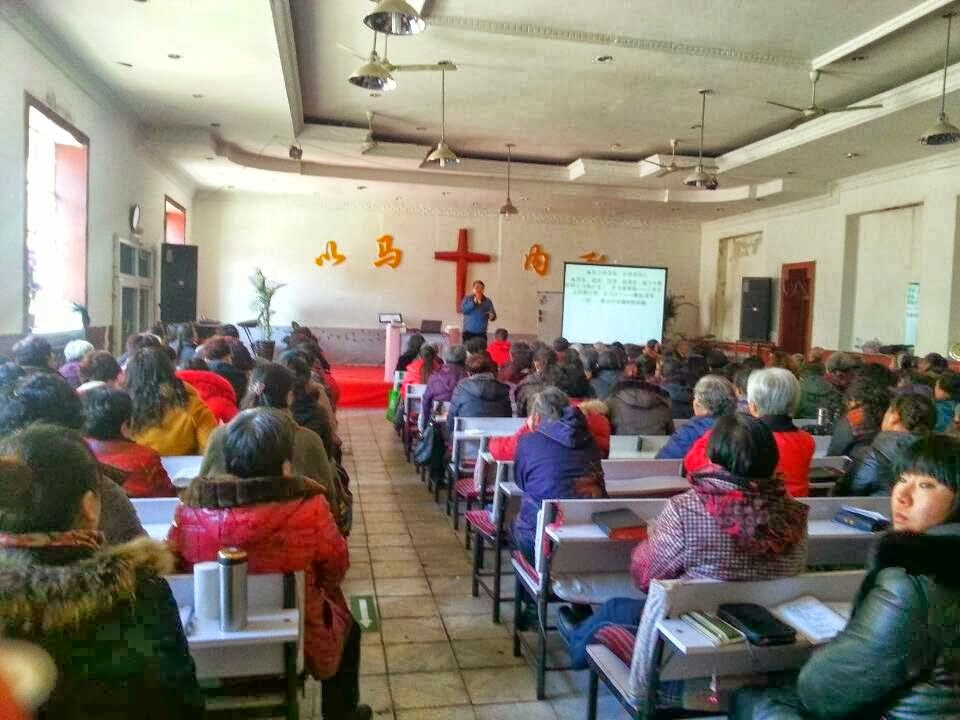 
(Beijing—March 13, 2014) A series of training seminars, titled Chinese Christian Faith and Legal Training Camp, has been ongoing since the beginning of the year in several provinces across China.

The seminars, which aim to teach Christians how to defend their religious rights in accordance with the law, are led by Chinese missionary Bo Ai, who has been traveling to Chinese house churches all over the county, with special focus on remote, rural areas, for the past 10 years.

Christians who have completed training sessions have said they have a relatively complete understanding of the Chinese laws and regulations that govern religious freedom. Also, Church leaders who have taken part report learning how to protect the various legitimate rights of the church as a whole.

After such seminars, believer involved typically express gratitude for the training, no matter how intense or time-consuming, as they say they feel better equipped to handle persecution from local government departments against their church. Many also report leaving the seminars feeling more determined in their faith.

Liaoning
The series’ most recent session was held in the southeastern portion of China’s northeastern Liaoning province.

Liaoning Fellowship Church invited Bo to hold a seminar there after one of the church’s seminaries in Benxi was raided twice during a five month period between June and November of last year.

More than 80 believers, including leaders of the various church branches, seminary students and leaders of other local church attended the training session. Liaoning Fellowship Church’s head pastor reported that the seminar was the first of its kind for many of those present.

He also said that the church desperately needed the training in order to protect itself from further persecution.

The church, which was founded in 2007, has more than 10,000 members and runs several seminaries. It is made up of believers from several districts in Liaoning’s southeastern quadrant.

Heilongjiang
Prior to Liaoning, Bo led a training session in the far northeastern Heilongjiang province on Monday.

The session took place in the town of Shanquan in Longjiang County.

More than 150 local church staff attended the seminar where Bo shared his experiences and knowledge of the law. After two days and nights of training, the believers said they were no longer afraid because they learned that their belief in Jesus didn’t violate the law.

“We will bravely take up the law as our weapon, and we will never allow those illegal administrators to interfere unscrupulously in our church’s affairs,” one Christian said.

Church members are often taken into custody during such raids as well.

Jiangxi
On Feb. 26, a training session was held in Xiushui County, in China’s inland Jiangxi province.

A church member said that the church’s motto has always been “Resign oneself to adversity, tolerance and forgiveness.” Consequently, the church has experienced consistent persecution, including homes being searched and believers being detained.

The training session in Xiushui lasted for three days. After the training camp was completed, Bo and some of the 38 Christians who passed the exams and received certificates of completion went to negotiate with the Religious Affairs Bureau. Since the negotiation, the church’s meetings have been left alone.

“Through such studies, we have really understood that the church has actually never violated the law. Instead, there was illegal administration by a handful of law enforcement officers. It was their fault, and it was also because we didn’t know the law,” one believer said.

Since the church was founded more than 80 years ago, its congregation has reached approximately half a million.

Hubei
The 2014 Chinese Christian Faith and Legal series began on Feb. 2 in Danjiangkou, Shiyan, in the central province of Hubei.

More than 80 church members and staff from other local churches attended the training session.

The church, which was founded in the 1980s, has faced harassment as recently as November, when a branch of the church in Yicheng, Hubei was searched by police officers who never showed any form of identification. During the raid, 10,000 yuan (US$1,625) and other items were confiscated.

Church members secretly recorded the raid and posted the video on the Internet shortly after the incident. Because of the video, actions were taken by the local government to remedy the situation, including the return of the confiscated money and items.

Church members said that an opportunity to study law and religious is very rare, so their enthusiasm was high. They also told China Aid that they are now determined to apply the legal knowledge they obtained to the churches they serve so they can make a “contribution to the revival and development of the churches.”

The training seminars are scheduled to continue throughout the year, hitting hard in rural and low-income areas of the country.