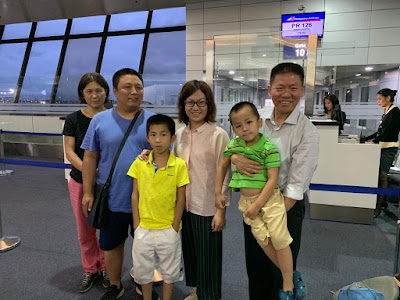 (New York—Aug. 3, 2019) A persecuted human rights lawyer and his family arrived at JFK airport in New York this evening as part of a weeks-long rescue made by ChinaAid and individuals from different countries.

The attorney, Chen Jiangang, spent his career defending the rights of victims of Chinese government oppression. This included colleagues caught up in China’s nationwide sweep of human rights lawyers and Fiona Huang, an American unjustly held in China against her will because of her status as the daughter-in-law of imprisoned Chinese official Zhou Yongkang. When Chen took up Ms. Huang’s case, he fell under increased government scrutiny. After he took up her case, he was taken in for interrogation by Beijing’s Bureau of Justice and threatened with “enforced disappearance.” This prompted ChinaAid to rescue the family.

Previously, he had been blocked from leaving the country for the “Humphrey H. Fellowship

Program” in the U.S., which would have allowed him to advance his studies in human rights and law.

When he asked the reason for the ban, officials said it was because he represented Xie Yang, a previously-imprisoned human rights lawyer and because of his acceptance as a visiting scholar to the U.S. Authorities also slapped exit bans on his family members.

ChinaAid would like to thank everyone involved for their assistance and for making this rescue possible.

Chen’s testimony has been included at right.