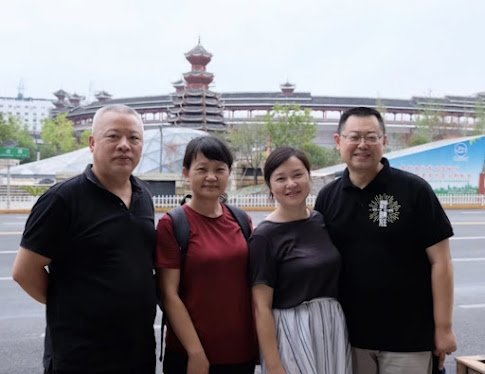 (Guiyang, Guizhou province—April 19, 2022) According to Mrs. Yang Aiqing, wife of elder Zhang Chunlei of Guiyang Ren’ai Reformed Church, Elder Zhang’s lawyer requested to visit him on March 31, but the request was rejected by Guiyang Intermediate People’s Court. His lawyer traveled to Guiyang from another city, but he was unable to meet with the judge or receive an indictment. However, Guiyang People’s Procuratorate already transferred Elder Zhang’s case to Guiyang People’s Court on January 27.

Mrs. Yang Aiqing urges Christians to keep praying for her family. She said, “God is our protection. He reigns in my husband’s life forever!” She also referenced Amos 5:24: “But let justice roll on like a river, righteousness like a never-failing stream!”

The lawyer last visited elder Zhang at Guiyang 2nd detention center on January 5, six months after they met on June 10, 2021. Prior to that, his requests to visit elder Zhang were rejected several times. Elder Zhang was peaceful during the most recent visit. He sang hymns and asked his lawyer to greet fellow Christians. At that time, his case was already transferred to Guiyang People’s Procuratorate.

On the evening of March 16, 2021, Elder Zhang Chunlei went to local police station to visit several arrested Christians from his church. However, officers arrested him in the police station. They administratively detained Zhang for 15 days the next morning. After the detention period ended, he was criminally detained for another 37 days. He was formally arrested on May 1 and charged with “fraud.” He has not yet received a trial.

Ren’ai Reformed Church is one of the main targets of the local government. The church was raided on March 16, 2021. The pastor and several Christians were arrested, and police searched their homes. It was one of the biggest persecution actions against house churches after the massive crackdown against Early Rain Covenant Church on December 9, 2018.

Elder Zhang Chunlei was once an official of the Guizhou provincial government. Because of his Christian belief, he resigned and became a full-time leader of Ren’ai Reformed Church. His church was raided and banned on May 12, 2019, during the Sunday service. After that, some other government officials were attracted to his church and became Christians. Some of them lost their job because of their new faith.

Elder Zhang Chunlei has been imprisoned for over a year. His lawyer’s requests to visit him have been rejected several times. Since his lawyer was not able to meet with the judge or receive a notice of formal accusation, the date for his trial remains unknown.