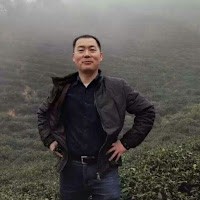 
(Tianjin—Jan. 24, 2017) Family members fear that a prominent human rights lawyer may have been traumatized into mental instability while in police custody, as evidenced by his behavior since his release two weeks ago.

After authorities held him incommunicado at a secret location for a year-and-a-half, human rights lawyer Li Chunfu resurfaced when he was released on bail on Jan. 12, aged and emaciated. His wife, Bi Liping, said:

“He stood outside the door when I brought him home from the detention center. He was terrified and very nervous. He told me that the house did not belong to him anymore and that the current residents had replaced him. He also said that his citizen ID card was modified and replaced by a different person. I was scared, too. He grabbed me with great strength, trying to drag me upstairs. I asked him what was he going to do, and he responded that he planned to report to ‘them’ that he was back. I asked him, ‘What do you mean? How can you talk to them in such a state?’ He explained that he could not get inside the house unless he had reported to ‘them’ … He asked me who owns the things inside the house, and I told him ‘They are all yours.’ He was panicking and refused to believe me. His eyes were lifeless when he looked at things. There was a kind of murderous glint in his eyes. He clenched his fists all the time, and that terrified me … I cooked for him, but he did not eat. I let the child eat first, then myself. He ate some at last, but he put down the chopsticks only after a few bites and looked around. He was afraid of something.”

Li also forbade her to turn the lights off, saying that he must remain within the range of “surveillance.”

When Wang Qiaoling, the wife of Li’s incarcerated brother, Li Heping, heard that he had been released, she and several of his colleagues hurried to his home. According to Wang, Li Chunfu recognized his co-workers but couldn’t form complete sentences. He said, “Don’t you dare lie to me, Bi Liping,” more than 20 times within an hour, kept muttering “surveillance,” and claimed that his heart hurt because it was being eaten away by worms.

His family took him to the hospital, where doctors diagnosed him with symptoms of schizophrenia.

“We are all very angry, because he was perfectly normal when he was arrested,” Wang told a China Aid reporter. “Now, he is not only experiencing physical discomfort and weight loss, but he is also experiencing a mental breakdown. He is in constant fear. This hurts us the most.”

Li Chunfu disappeared into police custody on Aug. 1, shortly after Li Heping vanished on July 10 as part of a crackdown on human rights lawyers known as the “709 case.”

Wang also said, “I was appalled, because the entire procedure of releasing Li Heping’s brother, Li Chunfu, does not make any sense. Normally, people who were involved in the 709 case could not come home for at least half a year after being bailed out, but Li Chunfu signed his own bailing out form on Jan. 5, which is illegal. Besides, the public security bureau was in a rush to send him home after he had signed the forms. Everything became clear as soon as we met him. He was traumatized. The government officers worried that he might die in the prison, so they were impatient to shove him away.”

China Aid reports abuses, such as those suffered by Li Chunfu and Li Heping, in order to stand in solidarity with persecuted Christians and promote religious freedom, human rights, and rule of law.