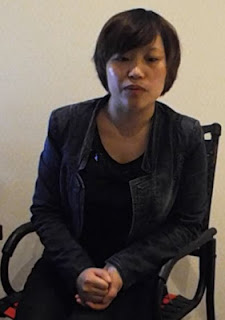 
ChinaAid previously reported on the case of Li Fengfei, in which she was forced to consent to a second trimester abortion in the city of Bijie, Jinsha county, Guizhou Province. The abortion left her in critical condition with her unborn child deceased. Li Fengfei took to the Internet to spread the story of abuse. As a result, Jinsha Municipal Public Security Bureau arrested Li on charges of embezzlement and she is now facing sentencing.

Guiyang Hengquan Law Firm, which has a history of challenging government power, accepted Li Fengfei’s case on Sept. 4, 2013 at the request of Li Fengfei’s family. Lawyer Li Guisheng, a Christian and the director of the law firm, and his colleagues met with Li Fengfei at the Jinsha County Detention Center on Sept. 5, 2013. Hengquan Law Firm issued this statement via Sina Weibo, a Chinese Twitter-like network, the following day: “@Hengquan Lawyer: Hengquan Law Firm of Guizhou has formally accepted the authorization of Li Fengfei and will provide all-out legal service for her. Yesterday, the lawyers met with her at Jinsha County Detention Center and they talked about the child. She was both sad and angry and felt insulted. She is in pain and wept greatly.”

Li Fengfei comes from a peasant family of Miao descent (corrected on Sept. 26). She has always worked hard and has a high sense of responsibility. Li Fengfei once worked as an accountant in the town’s bank. On one occasion, a leader at the bank wanted to embezzle money; however, Li Fengfei refused to falsify any documents to aid the leader. This is believed to be the origin of Li Fengfei’s troubles.

Family members of the embezzler work in the county’s disciplinary committee. It is believed that these family members worked with the bank leader to frame Li Fengfei as the embezzler. Li Fengfei was imprisoned on these charges when she was already pregnant, which is against Chinese law. It was as Li Fengfei’s pregnancy developed that she was forced to have the abortion that nearly killed her.

ChinaAid sympathizes with Li Fengfei and is very concerned about her fate. We strongly denounce the barbaric and inhumane acts that the Jinsha Family Planning Bureau has employed to enforce family planning policies. In the meantime, we are also concerned about the progress of social justice and rule of law in China. We expect Jinsha County Court of Guizhou Province will give Li Fengfei a just verdict by considering the facts and following the guidelines set forth by the laws. We appreciate and support the brave rights defense lawyers in their fight for justice.