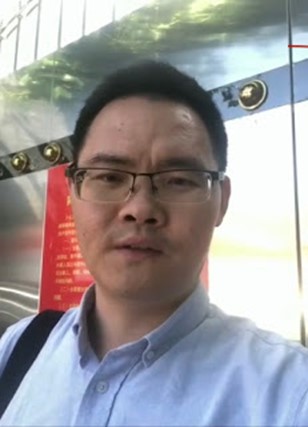 (Taiyuan [aka also known as Bīng, Jìnyáng], Shanxi Province—May 26, 2021) On May 20, in accordance with Article 26 of “Regulation on Detention Facilities” and Article 33 of “Lawyers Law of the People’s Republic of China,” Lawyer Deng Qinggao requested to meet with detained Zhao Weikai, a Christian client from Taiyuan Xuncheng Reformed Church. Chinese Communist Party (CCP) officials at the detention center in Lishi District, Wenshui County, Lüliang City, Shanxi Province, however, denied the request of Lawyer Deng [Fujian Enxing Law Firm], citing the “excuse” that “the case involves religion.”

On May 17, as Christian Zhao continued to host/provide Christian education in his home, Wenshui County Police Department Officers summoned him to their station, charging him with “proselytism.” That same day, as reported in a previous ChinaAid post, police also summoned his wife Li Xin and raided their home. Although officers failed to provide any legal documentation to support their raid or right to confiscate items, they impounded numerous books, a computer, a hard drive, and a flash drive. 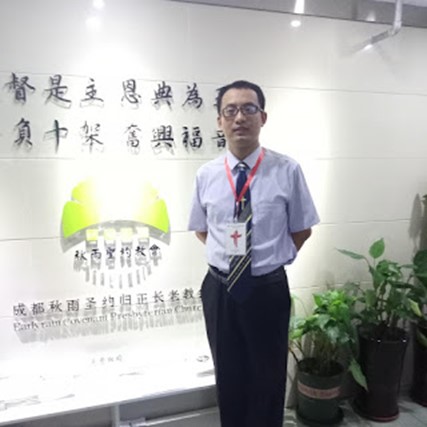 Christian Zhao Weikai prior to his current detention.
(Photo: ChinaAid resource)
Later, Lawyer Deng accepted Ms. Li’s request to represent her husband. Prior to traveling to the detention center, when Lawyer Deng arrived at Wenshui County Police Station at 11:40 am, he hoped to talk with Chen Wei (head of the local national security agent team) about Zhao Weikai’s case and request to meet with him. Mr. Chen, however, never showed up nor did he answer Lawyer Deng’s phone calls.

Although Lawyer Deng waited at the detention center until 5:10 pm, officials still refused to allow him to meet with Christian Zhao. At that time, as he had booked a flight to Xiamen that departed at 7:55 pm, and with no sign of a forthcoming meeting, Lawyer Deng had to leave. Later, he sent Mr. Chen the following text message:

I called you 10 times today, hoping to talk with you about Zhao Weikai’s case, but I was not able to reach you. Please give me a call when you see this message.

I will mail you a “Form of Legal Opinion” as soon as possible.

Please take this case seriously. Every case should stand the test of conscience, history, and lifelong accountability. 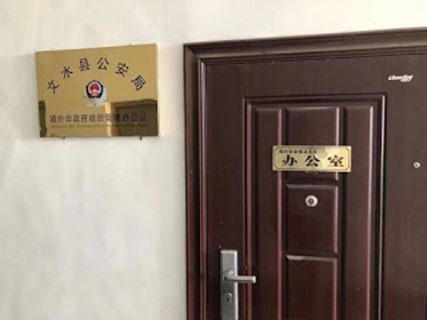 Closed-door to the entrance of Wenshui County National Security Agent team’s office.
(Photo: ChinaAid resource)
Lawyer Deng also traveled to the Lishi District Supervision Brigade to file a complaint against the detention center but was unable to talk to anyone there. He sent the following text message to Mr. Zhu (the person in charge):

When I arrived at the Lishi District Detention center at 3:20 pm, I followed all the legal procedures to request to meet with my client, Zhao Weikai. Nevertheless, authorities there unlawfully rejected my request.
I called numbers 12389, 12345, and 110 to complain, but still could not meet with my client. After waiting as long as possible, until 5:10 pm, I had to leave the detention center to arrive at the airport in time for the flight I had booked to return to Xiamen.

Please call me when you see this message.

Please fulfill your supervisory duty to investigate Lishi District Detention Center’s unlawful denial of my request to meet with my client, Zhao Weikai.

Currently, Lawyer Deng and Ms. Li plan to apply for administrative reconsideration to meet with Christian Zhao at the detention center.

###
For since the creation of the world
His [God’s] invisible attributes are clearly seen,
being understood by the things that are made,
even His eternal power and Godhead,
so that they are without excuse….
~ Romans 1:20 (NKJV)
China Aid exposes abuses in order to stand in solidarity with the persecuted and promote religious freedom, human rights, and rule of law. If you wish to partner with us in helping those persecuted by the Chinese government, please click the button below to make a charitable donation.