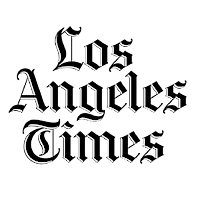 Los Angeles Times: Chinese activist charged with ‘subversion’ for attending a meeting and a conference

■ A Chinese court on Friday found a Christian activist guilty of “subverting state power,” primarily for discussing political issues with other activists at a restaurant and attending a religious conference in Taiwan.

After a one-day trial, the Second Intermediate People’s Court in Tianjin, a sprawling port city near Beijing, handed Gou Hongguo, 55, a suspended three-year sentence, according to a post on the court’s verified microblog account.

Gou’s sentence is light compared with many other convicted activists — he will only serve out his term in jail if he disobeys the terms of his release. Yet his case marks the country’s fourth high-profile political trial in four days, throwing the ruling Communist Party’s ongoing crackdown on dissent — and its campaign against “Western values” such as democracy and free speech — into high relief.

The charges against Gou, a former businessman, stem from his attendance at the 2014 “Interethnic/Interfaith Leadership Conference” in Taiwan, organized by the U.S.-based nonprofit group Initiatives for China, and from his relationship with his church and members of the Beijing-based Fengrui Law Firm, which was known for tackling politically sensitive cases.

Police detained Gou on July 10, 2015, amid a nationwide crackdown on China’s human rights lawyers. Last summer, more than 300 lawyers and activists were detained or questioned for their advocacy. Several remain in jail.

China tried three other activists on subversion charges this week, including Fengrui’s director, Zhou Shifeng. The firm has defended members of the banned spiritual group Falun Gong, the dissident artist Ai Weiwei, and, in 2008, victims of a contaminated baby formula scandal. On Thursday, Zhou was charged with “subversion of state power” and sentenced to seven years in prison.

On Wednesday, authorities handed Hu Shigen, the head of an underground Protestant church, a sentence of seven years and six months on the same charge.

On Tuesday, Zhai Yanmin, a member of Hu’s church, received a three-year sentence with a four-year suspension. (Gou was also a church member).

Human rights groups say that the trials are politically motivated — an expression of Beijng’s growing intolerance for even peaceful forms of dissent — and have shown scant regard for the country’s own laws.

“This whole week, with these four trials, we’ve seen a lot of problems,” said Patrick Poon, a Hong Kong-based China researcher at Amnesty International. “The authorities didn’t properly inform the families before the trials, and they used different tactics to stop them from attending.

“This is really [against the] laws that require the court to inform a defendant’s lawyers and families three days before the trial,” he continued. “Mainly to inform the lawyers — they’ve been blocked from meeting or having any communication with their clients.”

Prosecutors alleged that Gou met with Zhou, Hu, and other activists at a Beijing restaurant in February 2015, according to state media. There, they discussed how to “overthrow the party” via peaceful advocacy work, the reports said.

Chinese government organs including the Communist Youth League and the Supreme People’s Procuratorate have shared several short videos online in recent days, painting activists as part of a foreign conspiracy to undermine China by fomenting unrest.

During their trials, Hu admitted to having “long been influenced by bourgeois liberalism” and bringing “huge damage” to the country, Zhai admitted to fomenting a “color revolution,” and Gou admitted to being used by “‘foreign forces and those with ulterior motives,’ causing grave damage to social stability,” according to the New China News Agency.

Human rights groups have expressed concern that the confessions were made under extreme duress.

“Subverting state power [is] a charge that makes me terror-stricken,” Gou’s wife, Fan Lili, wrote to Gou on July 15, according to a translation posted online by the Christian human rights organization China Aid. “In the past, I felt such a charge was distant, Even now, I still feel it’s very remote from us. He doesn’t have guns, cannons or money. With what could he subvert such powerful state?”

She described Gou as a “meticulous and kindhearted man.”

“For decades, he has taken care of his brother, who suffers from a disability,” she wrote. “He remembers his in-laws’ birthdays and selects beautiful, fashionable clothing for them for the occasion. He knows interior decoration and can grow flowers.

“I firmly believe that you are innocent,” she continued. “No matter how arduous the road ahead of us is, I will be waiting for you. In the darkness, I will give you a little illumination, with [my] heart as a lamp. I will give you more love, though you are already my best love.”