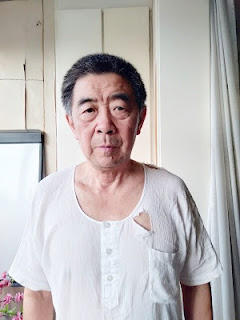 The man, Chen Zhaozhi, accused the Chinese Communist Party for spreading the virus. As a result, he was charged with provocation, and officials said he spread false information on the internet.
A lawyer who met with Chen at the Haidian Detention Center said his client’s family applied to bail him out. The authorities refused their request. In the meantime, the legal process against Chen has begun. The case is expected to be transferred to the procuratorate for review and prosecution in June.

Chen suffers from Alzheimer’s disease and low blood pressure and relies on medication to maintain his health. According to the attorney, he is not in a good mental state.

One supporter said, “According to [official] routine, if one has dementia, the authorities are to reduce or remit the punishment … he might be sent to a mental hospital. [I think this because] I had a similar, previous experience.”

Chen had a prior encounter with officials when he protested the funeral of former Chinese Communist Party leader Li Peng. Raising his fist in the air, he shouted slogans, such as, “Down with Li Peng!” Police then arrested and beat him.