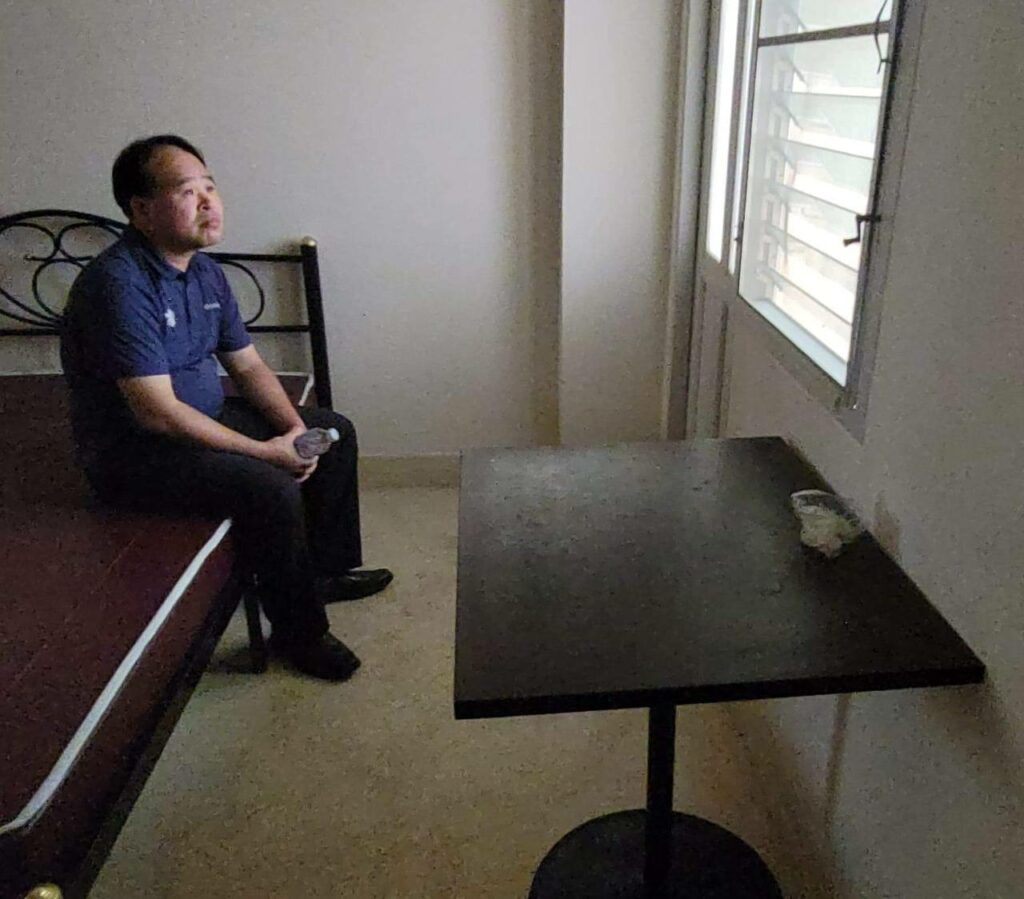 (Thailand—October 28, 2022) After Pastor Pan Yongguang of the Mayflower Church released his statement of faith, the 60-member congregation released theirs.

The Mayflower Church, also known as Shenzhen Holy Reformed, left China in 2019 to escape harsh persecution from the Communist Party. Since arriving in Thailand, Chinese agents have relentlessly harassed and persecuted them. Pastor Pan, the congregation, and ChinaAid partners believe the Communist Party will use these agents to kidnap all of the exiled Christians and potentially coerce them to make false confessions or forcefully commit suicide.

Releasing a statement like this is commonplace for pastors in China. Wang Yi, the pastor of Early Rain Covenant Church, also made a similar statement should he be imprisoned. He wrote:

As a pastor, my disobedience [to the Chinese authorities] is one part of the gospel commission. Christ’s great commission requires of us great disobedience. The goal of disobedience is not to change the world but to testify about another world.

The Mayflower Church wrote the following statement for the international community and the global church:

The Shenzhen Holy Reformed Church declares: We are for the faith!

We are a group of Christians originally from Shenzhen, China, chosen by the Highest God to be His humble servants and glorious witnesses.

Since the PRC State Council promulgated the new Religious Affairs Regulation in September 2017, and since its implementation in February 2018, Christian churches across China have been subjected to varying degrees of persecution, defiance, and misunderstanding in their public worship and faith practices from government departments, even including various administrative measures that have attempted to transform and distort the Christian faith. Some of these brutal actions were unprecedented since the end of the Cultural Revolution. Such actions include but are not limited to the tearing down of crosses from church buildings, violently interfering with expressions of faith such as crosses and spring scrolls hung and posted in Christian homes, forcing and threatening churches to join officially-controlled religious organizations, forcing churches to fly national flags or sing praises of secular states and political parties, forbidding the minor children of Christians from entering churches and receiving education about their faith, and depriving and outlawing churches and believers from meeting freely.

We believe that these unjust actions, which we have appealed to cease before the relevant public authorities, have brought Chinese society into a serious conflict between church and state. These actions are contrary to human freedom of faith and conscience, and the universal principle of the rule of law.

For the sake of God’s glory, holiness, and justice, and for the sake of our faith and conscience, we left Shenzhen in October 2019 to apply for religious refugee status in Jeju, Korea, and in August 2022 to apply for religious refugee status in Thailand with the Bangkok office of the United Nations High Commissioner for Refugees. The threat of persecution by the Chinese government has been constant since we left China, and even more so since we arrived in Thailand. We are represented by lawyers and our actions are protected by the UN Refugee Convention.

We believe that God will deliver us from the PRC government’s persecution.  But even if the persecution continues or intensifies we will never betray our faith. If we lose our freedom during the persecution, our words and actions are not in accordance with the case statement and are not voluntary but must be the result of persecution. We passionately believe that our lives belong to the Lord Jesus Christ, and we will not choose to commit suicide, no matter what the circumstances.

When we believe in God, Christianity is our first identity; and of all freedoms, freedom of religion is the first.

Three thousand four hundred years ago, the Israelites came out of Egypt.

Four hundred years ago, the Puritans came to Massachusetts on the Mayflower.

For over one hundred years, God has raised up many servants in the Chinese Church to be witnesses to the glory of the faith: Song Shangjie, Wang Mingdao, Zhao Junying, Wang Zhiming, Zhao Zhonghui, Wang Yi ……….

We are so humble, weak, and unworthy that God has graciously guided us to follow in the footsteps of our ancestors.

We confess that we are sojourners in this present world, pilgrims for faith and for Christ’s sake.

We are looking to a more beautiful home, which is in heaven.

In the name of Jesus Christ, Amen!

Give to the Mayflower Church

Learn more about the Church's journey