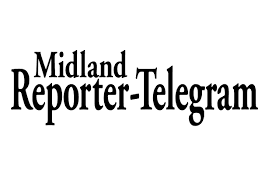 The last time Lisa Peng saw her father, she was celebrating her seventh birthday. Now, 11 years later as a freshman at Harvard University, Peng continues to share her father’s story and — more importantly — his message.

Peng’s father, pro-democracy and human rights activist Peng Ming, is currently serving a life sentence in China on the charges of organizing and leading a terrorist organization, kidnapping and possessing counterfeit money, according to China Aid’s China18.org, dedicated to 18 “prisoners of conscience” currently imprisoned in China.

“He was a permanent resident in the U.S. at the time, and in 2004, he went back to Thailand to set up a safe haven for persecuted refugees,” Peng said. “There, he was lured by Chinese secret agents, taken from Thailand to Burma — which was friendly to China at the time — where he was then taken to China and imprisoned.”

Peng, along with Gov. Sam Brownback of Kansas, was a featured speaker at Thursday night’s 2015 Freedom and Justice Dinner, hosted by Midland based nonprofit China Aid.

Speaking before the event, Peng opened up about her experience growing up with her father imprisoned in China and how it has impacted her life.

“I definitely had a different experience growing up because my biological father was absent for the most formative years of my life,” Peng said. “That has definitely made my family much more focused on what we need to do to ultimately secure his freedom. That means focusing on education, learning about the values that he fought for, and ultimately, the values that are fundamental to our nation.”

To Peng, while she hopes to eventually see her father freed, speaking out against China is about more than those who are currently imprisoned, it is about principals of the nation that she loves.

“For me, this journey of advocacy is definitely about securing the freedom of my father and other political prisoners like him in China, but more importantly it’s about studying, scrutinizing and respecting the values of the country that rescued, raised and educated me,” Peng said. “For me, it’s just as much about paying respect to this country.”

With a few months left to go before she has to declare a major, Peng said that she is currently considering mathematics and political philosophy with an eventual interest in attending law school. Whichever path she chooses, Peng said that she will honor her father’s legacy with a career in public service.

“Ultimately, I want whatever I end up doing to impact public service,” Peng said. “I’ll let (my interests) grow organically and see where it takes me, but right now I’m just loving everything that I’m learning.”

As for China Aid, Peng said that she respects the nonprofit’s mission to “stand up against a country that is the world’s second largest economy and with which the US has some pretty important relations.”

Founded in 2002 by Bob Fu — who himself fled China to the United States as a religious refugee in 1997 — China Aid formed as a response to the death sentence ruling for five Chinese house church leaders. With the help of members of Congress, the nonprofit was able to send a team of human rights lawyers to defend the leaders, eventually overturning all five of the death sentences.

Since relocating from Philadelphia to Midland in 2004, the nonprofit has provided assistance to several high-profile defendants, such as blind human rights lawyer Chen Guangcheng in 2011, been honored by the Southern Baptists of America and met with President George W. Bush.

The nonprofit’s mission, as stated on its website, is “to expose religious freedom and human rights abuse, encourage those abused and equip community and religious leaders in China.”

According to the nonprofit’s annual report for 2014, the number of religious persecution cases in China rose 300 percent since 2013, from 143 recorded cases to 572. Even more dramatically, the report states that the number of Chinese citizens sentenced in 2014 rose a staggering 10,516.67 percent compared to 2013, from 12 to 1,274 recorded instances.

“It’s organizations like China Aid that give me hope about seeing my father in the future and being able to tell him in person how much we all care about him and the values for which he fought,” Peng said. “I think organizations like China Aid that focus on the long-term goals of human rights, rule of law, religious freedom — those are the organizations that always remind us what it is that we’re trying to discuss and achieve through those economic policies and through politics. I think that’s incredibly valuable.”

For more information on China Aid and its mission, visit chinaaid.org.