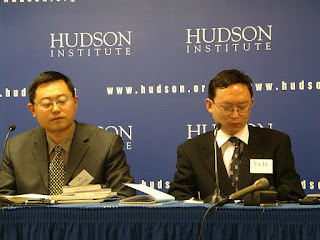 (Chengdu, Sichuan—Dec. 13, 2018) The wife of a Chinese pastor is being secretly held in an undisclosed prison after authorities took her and around 100 others from her church into custody.

Jiang Rong, who is married to Early Rain Covenant Church Pastor Wang Yi, was taken away Sunday night along with her husband and has not been seen since. More than 100 of their congregation members were also swept up in the raids, and people from the church are still being brought to the police station.

Some have reported suffering violent abuse at the hands of the police.

Jiang has been placed under “residential surveillance at a designated location,” a type of imprisonment that involves being held in a secret prison. Authorities pinned her with an “inciting subversion of state power” charge. According to Chinese law, Jiang may be held in secret detention for up to six months.

Her husband was accused of the same crime. If convicted, the couple could face up to 15 years in prison.

A lawyer who spoke with the South China Morning Post (SCMP) under the condition of anonymity said that the law had no reason to arrest Jiang, as she did not even have any official position at the church or make her opinions on any controversial topics publicly known.

“There are no words to describe the absurdity of this situation … the handling of the case shows how furious the top party leadership is about the church,” the attorney told the SCMP.

Since the arrests, police have been forcing attendees of Early Rain Covenant Church to sign pledges guaranteeing they will only worship at government-approved churches. Even though the Chinese Constitution states Chinese citizens have religious freedom, officials have established the Three-Self Patriotic Movement, a government-run Christian institution and its correlated network of churches, which are monitored. In order to be considered a legal church, a congregation must register with the government and submit to such oversight and censorship from the officials. As such, many Christians choose to attend the underground churches, termed “house” churches since many previously met in homes, in order to more freely practice their faith. This, however, often gives the church unwanted attention from the authorities.

In a brief letter, one of Early Rain Covenant Church’s members, Cao Yu, refused to attend a state-run church, saying, “I will never go to a meeting place that does not conform to the teachings of Scripture.”

ChinaAid exposes abuses, such as those suffered by Jiang and the members of Early Rain Covenant Church, in order to stand in solidarity with the persecuted and promote religious freedom, human rights, and rule of law.