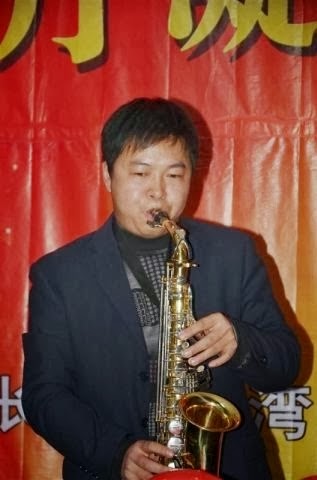 
(Zizhou County, Shaanxi—Feb. 12, 2014) After learning more details in the case of three Shaanxi believers, who have been detained for more than two months, their lawyers and family members persist in calling for their release.

Feng Tiandong, Zhang Baolin and Jiang Mao were taken into custody between Dec. 1 and Dec. 9 and charged with organizing and using an evil cult organization to obstruct the law (https://chinaaid.org/2013/12/families-of-detained-shaanxi-believers.html). However, in an arrest notice issued for Feng Tiandong on Jan. 3, the charge was changed to gathering a crowd to assault a state official. Lawyers for Zhang and Jiang confirmed the same change in their charges as well.

Because of this change, the lawyers said, there is no basis for the Zizhou County Public Security Bureau to have requested that the provincial and municipal Public Security Bureaus form the “11-15” task force for the purpose of detaining individuals suspected of organizing and using an evil cult organization to obstruct the law, specifically members of Zhenzizhou Church.

Lawyers Lin Qilei, Xia Jun and Liang Jiangzhou, representing Feng, Zhang and Jiang, respectively, sent letters to the director of the Zizhou County Public Security Bureau and the head of the Domestic Security Protection Squad before the Chinese New Year, which began on Jan. 31 (https://chinaaid.org/2014/01/lawyers-meet-with-detained-shaanxi.html).

Xia wrote in the letter that if the Christians were released from custody, the information contained in the letter wouldn’t be made public. However, all three men remain in prison.

In the letter, the lawyers said that on Nov. 15, Feng went to the Laojundian Police Station in Zizhou County to get back items that had been illegally seized by the Zizhou County Public Security Bureau on Dec. 24, 2011 (corrected on March 17, 2014). Items seized included a pig’s head [used in Chinese cooking], pork and other daily necessities.
The lawyers said that Feng didn’t go to the police station with the purpose of assaulting state employees, nor did he commit this act.

Throughout that night, Feng was tortured and made to sit on a tiger bench, a chair designed to maximize pain, from which he still bears marks.

Lin Qilei told ChinaAid that the lawyers weren’t done trying to acquire justice for Feng, Zhang and Jiang. “It is still in the investigation stage. After a period of time, we will go [to the Zizhou Public Security Bureau] again. Besides, we went and tried to meet with the Domestic Security Protection Squad of the Public Security Bureau and its director, but they evaded us.”

While at the prison, she learned that her husband is being blackmailed. “My husband spent 3,000 yuan (US$495) in a month there. I asked [the prison guards] why he spent so much money, as my husband doesn’t smoke. They said the jailor wants him to buy things for him. If he doesn’t buy things for the jailor, the jailor will beat my husband.”

Han told ChinaAid that Jiang is facing a similar problem. “Jiang Mao is also often bullied by the people there. He wants money from his family and his family has already spent more than 2,000 yuan (US$329) on him,” she said (see https://chinaaid.org/2014/01/public-security-bureau-submits-arrest.html).

Han also said that clothes she has taken to the prison to be given to Zhang have been taken by other people on two occasions.

“I think there’s no justice in this world. The law is set only to restrict us oppressed people. Whatever the communists do, they think they are always right. I’d like to say to the director [of the Zizhou County Public Security Bureau] that he should compensate us for restricting the freedom of my husband,” Han said.

Zhang and Han’s son also appealed for help in attaining his father’s release.

ChinaAid rebukes this act of oppression again Christians. We call on the Zizhou County government to immediately and unconditionally release Feng, Zhang and Jiang and to respect their right to worship freely.