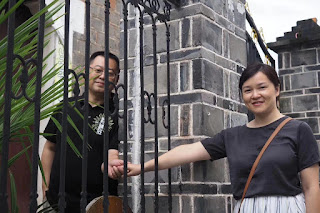 (Chengdu, Sichuan—Jan. 11, 2018) Chinese authorities furthered their crackdown on Early Rain Covenant Church earlier this week when around 20 police officers raided a class held by the church.

More than 30 students had gathered at a restaurant for an “Introduction to Christianity” class offered by the church and a communal meal. Between 5:30-6:00 p.m., law enforcement personnel arrived at the building.

“About 20 [police officers were there],” an unnamed witness taking part in the class said. “They confiscated all our cell phones and IDs. Then, we were taken to the nearby Shuyuan Police Station.”

Two Christians, Zhu Hong and Ke Li, were interrogated at 7:30 p.m., and 34 other Christians were taken to another floor in the station and questioned at 8:00 p.m.

“Sister Ke Li was interrogated for about two-and-a-half hours,” one of the students said. “Then, the brothers and sisters [Editor’s note: Christians sometimes refer to one another in familial terms] came downstairs one after another. I got out around 12:10 a.m.”

The same student went on say the first people to be released were a woman named Ren Pingying and her children. “Brother Zhu Hong was still under investigation (the police were yelling at him in the interrogation room) when I was released.”

While at the police station, the Christians did not have access to food or drink, and the students said that it was very cold in the interrogation room.

Cheng Ju, one of the Christians, shared her faith with one of the police officers while she was being held and prayed for him.

Months-long persecution of Early Rain Covenant Church culminated on Dec. 9 in an overnight mass arrest, with around 100 people in custody. Within a week, an estimated 160 members of Early Rain Covenant Church had been imprisoned, including one of its pastors, Wang Yi, and Jiang Rong, Wang’s wife, along with several elders. Wang and Jiang were later placed under criminal detention for “inciting subversion of state power.” Jiang is being held under “residential surveillance at a designated location,” which means she is at a secret prison, otherwise known as a “black jail.” She may be held there for six months, according to Chinese law.

One Early Rain Covenant Church was held for 48 hours. Police did not permit him sleep and asked him to provide the password to his three cell phones. They told him that they would search data on the phones and his laptop, but they couldn’t find anything. He told the police, “I changed my password to a long and complicated one before being arrested, since I was worried my password was way too simple and not safe. Now, my brain isn’t working, and I have suddenly forgotten the password.”

Police eventually gave up and freed him, but they required that he come by a local government office every afternoon. Officers inspected his home twice, and he was detained on a “provoking troubles” charge. His wife, with the couple’s daughter in her arms, was also taken to the police station and interrogated.