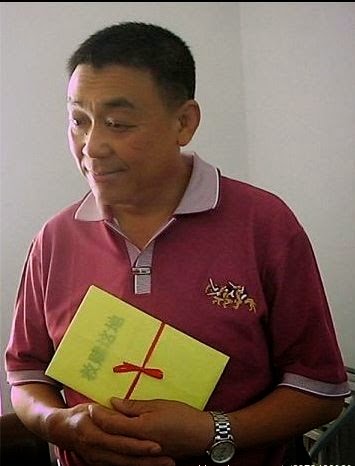 (Nanle County, Henan—Aug. 4, 2014) The Nanle County Christian Church, in China’s central Henan, received a demolition notice last week, stating that the church building was unsafe, and believers told China Aid the details of the land dispute that caused the government to begin persecuting the Church in November 2013. Meanwhile, a man who has been supporting the Church was taken into custody for a 10-day sentence more than a month ago and hasn’t been heard from since.

“People from the Nanle County Religious Affairs Bureau, Urban Construction Bureau, and other government departments came to the central hall of our church [on July 26],” said Fan Ruizhen, who has been running the church in Pastor Zhang Shaojie’s absence. “Then they posted many notices on the wall, claiming that the building can’t be used anymore, and they suggested that it be demolished.

“When we gathered together [on Sunday], people from the various township governments and Religious Affairs Bureau came to the church. Many people were guarding the gate and didn’t allow us to enter the church. They told all the believers… that they know to leave, and they took photos outside. Therefore, only [a little more than] 10 people gathered together today,” Fan said.

China Aid reported in April that the government had closed off the church building and shut off all utilities, citing safety, but no action was ever taken. “We, the worshippers, opened the gate,” Fan said.

“As early as 2007, the Nanle County Government implemented the Central Party Committee’s policy of restoring church property and returned the property rights of [church building] to the Church,” Fan said. “The property in question is the current central hall. After we renovated it, nearly a thousand Christians inside the county have been gathering here. However, in January 2010, the county government issued a notice to us that our church was a dangerous building.

“We have discussed this issue many times with the county government officials, and we asked them if we could buy a piece of land on which to build our new church. In 2012, the county government let us buy a piece of land at the price designated by them,” Fan said. “We have done all the necessary paperwork at the relevant provincial and municipal government departments. The land was pinpointed by the satellite, and the land was also surveyed. We paid 200,000 yuan (US $32,365) to the county’s financial bureau from our church account.

“However, the current Nanle County Government and its Party Secretary used various reasons and refused to give [the Church] the land as its predecessor promised. Then, in November 2013, they took away the missionaries of our church, including Pastor Zhang Shaojie, and sentenced them on various charges,” Fan said.

Ren Tiantang is a Christian from Jiaozuo—a city near Puyong, in which Nanle County is a sub-county—who has been supporting the Nanle County Christian Church since the persecution began last November. “It was about mid-June that Ren Tiantang was taken away by police officers from Jiaozuo Municipal Public Security Bureau,” Zhang “Shanshan” Lingxin, Pastor Zhang’s younger daughter, said. “However, his case was not handled in Jiaozuo. Instead, it was transferred to the Nanle County Public Security Bureau. None of us know why Ren was locked up here.

“It was on June 25 that he was locked up [on administrative detention]. The worshippers of our church brought him some clothes and money. However, a few days later, the local police station called and told us to take back the stuff we had brought over there. On the notice of detention given by the police, it was written that he was to be detained for 10 days on suspicion of disrupting the public order. The 10 days has long-since passed, and there is still no news of him,” Shanshan said.

Many worshippers fear that Ren, like others involved in the case, is being held in an extrajudicial black jail.