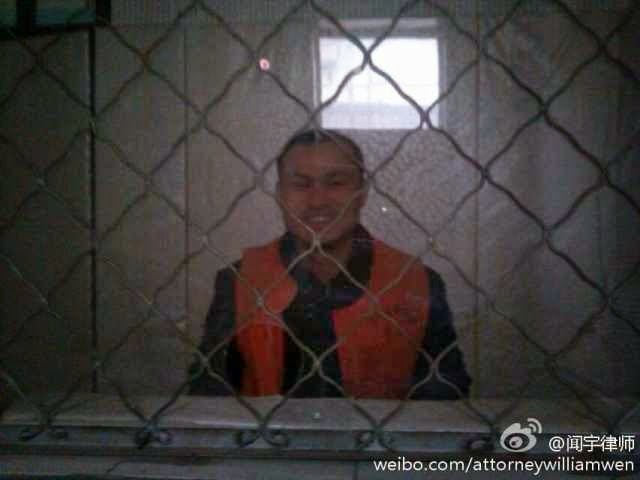 (Nanle County—March 20, 2014) A lawyer representing one of the nine Nanle County Christians who remain in detention was allowed to meet with his client yesterday in the central Henan province; meanwhile, another lawyer has been abroad, gathering support for the believers from foreign governments.

“I’ve come to Nanle to see Brother Zhao. At first, the detention center didn’t let me see him, saying that the meeting room was being remodeled,” Wen wrote in a post on Sina Weibo, a Chinese Twitter-like social media sight. “I told them I would, in that case, say on the Internet that Huang Shouxi, the County’s Party Secretary, was intentionally making things difficult for the lawyer and persecuting Christians.

“After saying that, I left. Then, they ran after me and said they would let me meet with [Zhao]. Brother Zhao is very confident, and [said authorities] hadn’t interrogated him for over two months. Why don’t the Nanle authorities release him?” Wen finished.

Since Wen was selected by Zhao’s family to represent him, he has attempted to visit his client five times. Wen was only allowed to meet with Zhao two of those times.

Xia has visited the United States and Taiwan, where he has met with legislators to discuss the Nanle County case as well as the worsening condition for Christians in China.

While in the U.S., Xia participated in a series of interviews and met with many Congressmen to ask them to turn their attention to the case. Xia also met with the U.S. Department of State’s Bureau of East Asian and Pacific Affairs and Bureau of Human Rights, Democracy and Labor to discuss the poor treatment of Christians in China.

From the U.S., Xia traveled to Taiwan. In Taiwan, Xia testified at a public hearing on the status of religious freedom in mainland China, which was held by Taiwan’s Legislative Yuan. Xia is still in Taiwan at this time.

Nanle County Christian Church
Persecution against the members of the government-sanctioned Nanle County Christian Church escalated in November 2013 after series of disagreements between the church and the county government over land. On Nov. 15, a group of believers left for Beijing where they planned to petition the courts over the land dispute. Those believers were detained during their travel, and the following day, authorities tricked Zhang into meeting at the church, where they took him into custody.

Also, Pastor Zhang’s trial was indefinitely postponed on Feb. 18. Liu Weiguo, Zhang’s other lawyer, received the information via text message with neither explanation nor clue as to what would come next. The trial, which had been changed many times for reasons both known and unknown (see https://chinaaid.org/2014/02/pastors-trial-postponed-story-behind.html and https://chinaaid.org/2014/02/update-believers-speculate-reasoning.html) was scheduled to begin on Feb. 21.