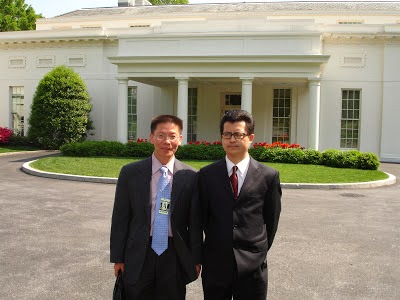 China is like a sleeping lion, Napoleon is reported to have said. “When she wakes, she will shake the world.” And we have seen this prescient 19th-century observation come true. After occupation, division, isolation, famine, and plenty, the nation has definitely awakened. Sometimes Americans are confused about how exactly to perceive modern China. Is it a military threat? How do we deal with their currency manipulation? Is it immoral to purchase products made in China? While the politicians debate these issues, something is brewing in China that could change everything: Christianity.

According to the Telegraph, the number of Christians in Communist China is growing so steadily that it could have more churchgoers than America within the next 15 years:

Prof Yang, a leading expert on religion in China, believes that number will swell to around 160 million by 2025. That would likely put China ahead even of the United States, which had around 159 million Protestants in 2010 but whose congregations are in decline.

By 2030, China’s total Christian population, including Catholics, would exceed 247 million, placing it above Mexico, Brazil and the United States as the largest Christian congregation in the world, he predicted.
“Mao thought he could eliminate religion. He thought he had accomplished this,” Prof Yang said. “It’s ironic — they didn’t. They actually failed completely.”

The Gospel Coalition put these numbers into perspective:

With 1.351 billion people in the country, Christians comprise only 5 percent of the country. If current trends hold, in 2030 Christians in China will make up almost 9 percent of the total population. While the ratio of Christians to population would still be small, the total numbers are astounding. By mid-century, China may have more citizens who identify as Christians than the United States has citizens.
This is exciting news indeed. It’s important to keep in mind, however, that new Chinese Christians are forced to live out their faith in a hostile environment. Though the government does not ban the Christian faith outright, it attempts to strangle it through official, government-sponsored churches, church-activity restrictions, prohibiting the printing of Bibles, monitoring the activities of religious leaders, and tearing down church buildings and crosses. Routinely, Christians are imprisoned, tortured, and killed for handing out religious tracts, founding house churches, speaking out against forced abortion, and even criticizing the government. (In fact, my wife Heidi and I were both imprisoned there for such criminal activity before we escaped.)

So how should we receive the news of the growth of Christianity in China? With great joy and optimism. However, we should also pray against China’s terrible human-rights violations. All evidence indicates China is escalating its war against religious freedom in China, not the other way around.

People of all political parties and religious beliefs should emphatically agree that China’s human-rights violations should not be tolerated, overlooked, or swept under the rug. As Christianity grows, so will the persecution. We must double down on our efforts to fight for freedom for these fellow brothers and sisters in Christ . . . as well as prisoners who are atheists, Buddhists, Hindus, and Falun Gong.

Religious freedom, it can be argued, is our first freedom, and it lays the foundation for all other basic human rights.

— Bob Fu is the founder of ChinaAid and the author of God’s Double Agent: The True Story of a Chinese Christian’s Fight for Freedom (with Nancy French).