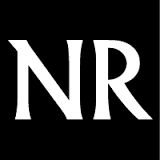 by MARCO RUBIO June 3, 2015 12:30 PM
@MARCORUBIO
Twenty-six years ago this week, student-led popular protests gripped Beijing. Spurred by the death of a prominent reformer, thousands gathered in Tiananmen Square in April 1989 to seek greater political freedom. As the days passed, their numbers swelled not only in the capital but also in cities and universities across the nation until more than a million — including journalists, workers, government employees, and police — joined their ranks, making it the largest political protest in the history of Communist China.
Late in the evening of June 3, the army opened fire on peaceful “counter-revolutionary” protesters. The bloodshed continued into June 4. To this day, we don’t know the precise number of resulting casualties; and more than a quarter century later, there has been no public accounting of the events of that week. Rather, those seeking to commemorate the dead are harassed, detained, and arrested.
Perhaps the most iconic image to emerge from the Tiananmen Massacre is the so-called tank man — the small lone figure, shopping bags in hand, who jockeyed to position himself in the path of an advancing line of People’s Liberation Army tanks. His actions flew in the face of every human impulse to avoid impending danger. The “tank man” remains an enigma — his fate unknown. Some speculate imprisonment, others execution. Still others venture that he is alive today, unaware of his fame because of the Orwellian lengths that the Chinese government’s Internet censors have gone to block any searches of the events of those June days in 1989.
Despite the fact that China’s rulers revealed the true nature of their regime that day, too many of our political and business elite have been content with the status quo in China, especially with regard to basic human rights and liberties, which China has long repressed.
In fact, U.S. policy has aimed at engaging with the Chinese Communist Party, surrendering American influence and principles.
Twenty-six years later, repression continues to be the order of the day, and the aspirations of the Tiananmen generation remain unfulfilled. President Xi Jinping’s presidency has been marked by what experts describe as the most intense crackdown in years. The organization Chinese Human Rights Defenders reported in March that the government’s persecution of rights defenders was as severe as it has been since the mid 1990s. The list of those arrested and harassed is extensive, including Uighur economist Ilham Tohti, Tibetan Buddhist leader Tenzin Delek Rinpoche, Tie Liu, Pu Zhiqiang, and Chen Kegui. Nobel Peace Prize winner Liu Xiaobo remains in jail, and his wife Liu Xia suffers under house arrest, as does human-rights lawyer Gao Zhisheng.
A report released by Freedom House earlier this year found that since Xi Jinping came to power, the regime has employed harsh tactics “to dominate online discourse, obstruct human-rights activism, and pre-empt public protests” — findings that are routinely echoed by Chinese dissidents. There is deep concern within civil society about the draconian new NGO law now under consideration in the Chinese legislature. This law would severely restrict the operations of foreign NGOs.
The regime also is strengthening its grip on Hong Kong, denying the people of Hong Kong their promised right to freely choose their leaders. And China’s growing repression at home is being watched closely by its neighbors as Beijing flexes its military capabilities and reasserts illegitimate territorial claims that threaten regional security. China’s neighbors realize that how a nation treats its own citizens indicates more than just a country’s internal situation.
Despite this grim picture, I believe change is coming to China. Systems of government that are built on repression do not stand the test of time. Even with China’s economic growth, we have yet to see political openness follow. While the road to reform in China is uncertain, American support for the ideals that are at the heart of our own experience in self-governance ought to be a cornerstone of U.S. foreign policy.
In her inaugural trip as secretary of state in 2009, Hillary Clinton opined, en route to China, that contentious issues such as human rights “can’t interfere with the global economic crisis, the global climate change crisis, and the security crisis.” Human rights should be fully integrated into every level of our bilateral relationship with the Chinese government, and with repressive governments the world over. It is always in America’s interest to support the expansion of democracy and its institutions.
For too long, China has gotten a free pass. With the approaching U.S.-China Strategic and Economic Dialogue, the president has an opportunity to prioritize these issues — to charge every participating U.S. government agency to bring human rights to the forefront with their Chinese counterparts, to present them with lists of political prisoners and to press, by name, for their unconditional release. The administration can take proactive steps today to impose visa bans on Chinese government officials who are perpetrators of grave human-rights abuses.
Twenty-six years ago, several Tiananmen art students constructed a magnificent papier-mâché statue of the so-called goddess of democracy, in the hopes of bolstering the fledgling protest movement. It was ultimately destroyed by soldiers clearing the square, but not before its creators authored a declaration explaining their work. It read, in part:

On the day when real democracy and freedom come to China, we must erect another Goddess of Democracy here in the Square, monumental, towering, and permanent. We have strong faith that that day will come at last.

Helping the Chinese people reach that day is not just our moral duty as a free people — it will have a profound effect on the state of freedom in the world and on global security. We must keep the faith with the Tiananmen generation and work toward the realization of their dream for generations to come. — Marco Rubio is the junior U.S. senator from Florida.