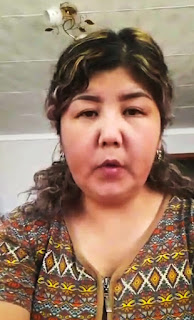 The agreement comes in correlation with the visit of Ningxia official Zhang Yunsheng’s visit to Xinjiang, where the Global Times reported he visited various locales dedicated to curbing terrorism. The news service also said Zhang considers Xinjiang’s “progress … worth learning.”

However, over the past few years, Xinjiang’s attitude towards openly-practicing ethnic minority Muslims has become increasingly hostile, resulting in millions undergoing arrest in the name of terrorism counteraction even though their crimes are trivial. In some regions, the Chinese government has ordered police to take a certain number of people into custody but provided no names, forcing officers to fabricate charges as part of their jobs. Once detained, prisoners are often held in “re-education camps,” or a series of prisons that China claims educate the inmates, but in fact torture them, deny them food, and insist that they demonstrate allegiance to the Communist Party in order to receive better treatment.

If Ningxia emulates these procedures, they will most drastically affect the region’s nearly 2 million Hui people, most of whom are Muslim.

ChinaAid condemns Ningxia’s desire to reproduce Xinjiang’s atrocities and urges world leaders to firmly and openly urge the Chinese Communist Party to put a stop to the persecution of innocent Muslims in order to safeguard human rights, religious freedom, and rule of law.