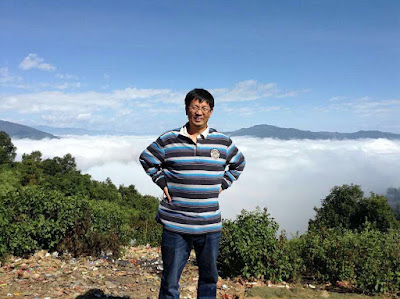 
(Pu’er, Yunnan—July 8, 2019) A new July 2 notice from the Pu’er Intermediate People’s Court says the allotted time for the hearing for Pastor John Cao is now set for Aug. 22.

Last year, Cao received a seven-year prison sentence on the basis of “organizing illegal border crossings.” Cao decided to appeal the hearing, but the Pu’er Court has postponed the hearing several different times since then.

Cao was originally taken into custody in March 2017 as he and a colleague travelled across the China-Myanmar border via raft.

According to Cao, the arrest was the first time authorities intervened in his frequent border crossings. Many think Cao’s Christian faith made him a target for officials.

Reports say Cao’s health has suffered severely during his time in custody. The effects of detention has led to hemorrhoids, constipation, and the loss of half a tooth. Lawyer Yang Hui fears additional time extensions for the case place Cao’s health at further risk.

On Facebook, ChinaAid President Bob Fu characterizes the re-scheduling as a “very cruel act of torture” from the Chinese Communist Party government, since a delay means Cao continues to be “jailed for a long time in the current notorious known terrible detention center without sending him to an actual prison.”

A translation of an official document announcing the new hearing date has been included below.

The court is currently [in the process of] hearing the case of Cao [John] Sanqiang and Jing Ruxia organized others to cross the national border illegally [Editor’s note: Despite this sentence, the case has not yet had its appeal hearing]. Per Article 243, Clause 1 of the Criminal Procedure Law of the People’s Republic of China and Article 173, Clause 2 of the Supreme People’s Court Interpretation on the Application of People’s Republic of China Criminal Procedure Law, the court sent the application for extending the allotted hearing time to the Supreme People’s Court on March 1. It has been extended for two months with the approval of the Supreme People’s Court, and the court filed the application for extending the hearing’s allotted time on April 29, 2019 again, so now the allotted time has been extended to Aug. 22, 2019.

July 2, 2019 (Red seal: Pu’er Municipal Intermediate People’s Court)
ChinaAid exposes abuses in order to stand in solidarity with the persecuted and promote religious freedom, human rights, and rule of law. If you wish to partner with us in helping those persecuted by the Chinese government, please click the button below to make a charitable donation.