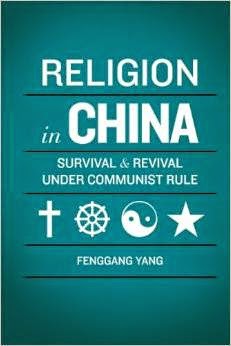 
Dr. Fenggang Yang, professor of sociology and director of the Center on Religion and Chinese Society at Purdue University, responds to some questions about the recent campaign to demolish churches and crosses in Zhejiang province.

1.Looking at the recent large-scale demolition of crosses, does it reflect some adjustment by the central government of its policy on religion? Why were some so-called legal “Three-Self” churches and churches that had completed their paperwork (i.e. successfully registered with the government) also implicated in these recent events?

A: This political campaign in Zhejiang province of demolishing churches and crosses has continued for nearly four months already. On the one hand, my current observation and conclusion is that, as before, this is possibly a political gambit of some Zhejiang officials speculating that the central government’s attitude toward Christianity is an inclination to suppress; therefore, they have taken these harsh measures so as to win promotions. On the other hand, this campaign has already lasted a long time and aroused grave concern both at home and abroad, so the central government cannot be unaware of it, and its attitude is, at least, tacit approval, or more likely, implicit encouragement. Whether it’s acceptance or encouragement, both reflect an adjustment by the central government to its policy on religion, abandoning the principle [embraced by] modern nations of equality before the law and being more blatant in its support of Buddhism and Confucianism while suppressing Christianity. In this political campaign, even churches under the government-sanctioned “Three-Self” Patriotic Movement were affected, and even church buildings that were fully approved by the government had their crosses forcibly demolished. This clearly shows that the target of this campaign is all of Christianity. The so-called “demolishing and rectifying illegal structures” is clearly nothing more than a smokescreen to mask their true intention and to deceive themselves and others. Don’t believe a word of such rhetoric.

2.The cross is tied to the religious feelings of [Christian] believers. This is something that the government in the past was aware of and for which, in their official documents, they called for cautious handling. So why has the government taken such a harsh stance this time, even taking the risk of provoking the opposition of both believers and non-believers?

A: When the “reform and open-door” policy was first adopted, the central government’s 1982 Document No. 19 regarded religious believers as targets to be united, because the guiding principle of the Chinese Communist Party at that time was to unite all the forces that could be united to carry out economic construction. At the time, five characteristics of religion were put forward, including “having a mass nature.” By viewing religious groups as [part of] “the masses,” the problems and conflicts [encountered] in [handling] religious affairs became “contradictions among the people” and were no longer “contradictions between ourselves and the enemy.” In order to take into consideration the “mass nature” of religion, relative caution was to be exercised in the handling of religious affairs, avoiding as much as possible producing confrontations with religious believers. But this political campaign of demolishing churches and crosses has made Christians the targets of struggle. By moving violently against some believers who were defending the crosses, by calling in for police questioning and by detaining some church leaders, by threatening and intimidating some Christian businessmen and their family members, and by investigating some government employees who are Christians and their family members, these actions show that the government has abandoned the bottom line of viewing Christians as [part of] “the masses” and has returned to the path of struggle from the Cultural Revolution of “contradictions between ourselves and the enemy.” Two things need to be pointed out: first, with regard to religious affairs, it is not that there has been a comprehensive regression to the practices of the Cultural Revolution, but rather a selective regression that targets all Christians while at the same time aggressively supporting Buddhism in areas primarily inhabited by Han Chinese people, bribing it for political benefits and exploiting it for commercial benefits. Secondly, the crackdown on Christianity is at the moment limited to a couple of provinces and has not spread to the rest of the country. Whether it will grow to national proportions, we’ll have to wait and see.

A: In Zhejiang province, the crackdown on Christianity is manifested in demolishing churches and crosses, while in other provinces, it is manifested in other ways. For example, Zhang Shaojie, leader of Nanle Three-Self Church in Henan province, received a heavy sentence of 12 years’ imprisonment for defending believers’ rights and the church’s interests. In places like Henan, Shandong, and Guizhou [provinces], some Christian groups of orthodox faith have been attacked as cult groups.

The impact of this this wave of suppression and persecution is hard to see at this point, but history tells us that this kind of suppression often is counterproductive. Christians may become more resilient through such trials and Christianity may experience a revival. For example, during the Cultural Revolution, all the churches were shut down but the number of Christians grew from one million before the Cultural Revolution to three million. In the three decades since “reform and opening up,” there have been successive waves of suppression campaigns, but the growth in [the number of] Christians has been consistently strong. I think the fast growth of Christians has already reached the point of being irreversible and unavoidable unless China completely closes its doors to the outside world and abandons the market economy, like North Korea. At present, Christians and non-Christians alike have lack sufficient understanding and psychological preparation for this irreversible trend, and therefore we see all kinds of inappropriate responses to it.

4.After Xi Jinping came to power, have there been obvious changes to the overall situation of religion in mainland China? Given the present circumstances, will the involvement of foreign churches or and overseas churches be helpful? How can groups in Hong Kong offer help?

A: Now is the age of globalization and the information age. Unless China shuts herself off by disconnecting the Internet and canceling flights, which is hard to do, domestic and international communication is taking place every single moment with great intensity and through various means. In this information and globalization age, it is unavoidable that overseas churches will be concerned about and become involved in [the affairs of] churches and Christians in China. Even if some people overseas do not become involved, others will; even if some Christians in China rebuff involvement from overseas, others may welcome the involvement of people overseas. This is just like when it rains: opening up an umbrella does not guarantee that you won’t get wet. To sum up, it is unavoidable. For groups and individuals overseas who care about the situation of Christians in China, particularly those in Hong Kong and particularly the leaders of and public figures in Christian communities, they will always provide moral support, make public appeals, provide financial assistance, and some people will even go to the scenes of these cross demolitions, individually or in groups, to express solidarity and support, to guard the cross with the local brothers and sisters, suffering together and together fanning the fire of revival. Any persecution of a law-abiding citizen is not the personal affair of that individual, [rather,] other people of conscience are bound to be sympathetic and there are bound to be those who will go to express support and concern, not to mention the brothers and sisters in Christ who are members of the body [of Christ]. Actually, being held in detention for a few days is a price that participants in social movements often pay, like [those in] the Civil Rights Movement in the United States, until the detention centers are filled up.

5.In May this year, you and a group of scholars and pastors started a signature campaign to draw attention to religious freedom in mainland China. How many people have signed the consensus? Will the signatories be made public and will the consensus be sent somewhere? Are there any follow-up activities?

See: Purdue Consensus on Religious Freedom and its signatories have been posted online at: http://www.purdue.edu/crcs/itemMeetings/chineseVersion/purdueSymposiumC/purdueSymposium2014C/consensusC.html

A: The Center on Religion and Chinese Society at Purdue University will continue to use various means to advance the discussion and dissemination of religious freedom, including seminars, conferences, publications, and training. We hope to advance this cause among people of insight in all fields until religious freedom is truly achieved in Chinese society and safeguarded in the true sense of the word by legal system.