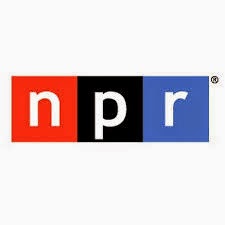 In February 2006, I traveled to the farmland of eastern Shandong province to interview blind activist Chen Guangcheng. He had been abducted from Beijing by security agents and put under house arrest for the past six months.

When I arrived, Chen was closely guarded by men armed with clubs. I couldn’t get into Chen’s village, so I stayed with a family of peanut farmers nearby.

Their simple farmhouse was freezing cold on that snowy day. My hosts burned peanut shells in a stove to warm the place and cook us dinner.

Chen had made a name for himself exposing forced abortions and sterilizations illegally carried out by local officials, and helping local disabled people fight for their rights.

I couldn’t get to Chen, so his family helped me record an interview in which he described how officials and hired thugs beat and injured him many times.

“But these wounds are not as severe as the mental wounds,” he said. “All these years of the rule of law have not given these people any awareness of the law. It’s a tragedy, a tragedy for all of us.”

Chen is now in the U.S. and describes his experiences in a new book, Barefoot Lawyer — barefoot because he had no formal legal training and worked as a grass-roots rural activist.

In the book, he tells the story of growing up blind in a poor farming family. He recounts seven years of isolation, beatings and privations under house arrest. He also details his daring escape from his village all the way to Beijing in 2012.

He crept through farmyards and fields, scaling the walls between them. Coming off one wall, he fell and broke his foot.

“There were sentries outside every farmyard,” he recalls, speaking at NPR’s offices in Washington “They were extremely close to me. All they had to do was stand up and peer inside the yard and they would have seen me.”

Chen is convinced that his persecution was ordered by the highest levels of China’s leadership, not just local authorities. He says hundreds of people were employed and hundreds of thousands of dollars spent to keep him down.

Some of these people admitted to Chen the whole operation had nothing to do with law enforcement. It was simply about quashing any challenge to the Communist Party’s authority.

Chen remembers criticizing a police officer who came to search his home.

“The officer shook his head and said, ‘We’re not acting as the police now,’ ” Chen says. “I said, ‘If you’re not the police, then what are you doing here?’ He said, ‘The Communist Party told us to come here.’ I said, ‘Oh, so you’re the party’s private army?’ He didn’t reply.”

Chen eventually sought refuge in the U.S. Embassy in Beijing.

He says he’s grateful to the embassy for sheltering him, but he’s still disappointed that just like Beijing, the Obama administration apparently wanted him out of the way of its high-level diplomacy.

“When negotiating with a government run by hooligans,” Chen writes in his book, “the country that most consistently advocated for democracy, freedom and universal human values had simply given in.”

“I hope the American people will truly recognize,” he tells me, “that in overseeing their own government, they still need to keep their eyes wide open, even though they’re living in a democratic society.”

At the time, then-presidential candidate Mitt Romney slammed both Obama and Beijing for their treatment of Chen.

“The rationale for letting Chen Guangcheng and his family go to the states,” Kamm says, “really had nothing to do with respect, per se, for his rights or even humanitarian factors.”

Since Chen’s release, Kamm notes, it’s been harder for foreign governments to ask Beijing about the cases of Chinese political prisoners. Previously, governments would hand Beijing a list of prisoners of concern.

But “Within a month of Chen Guangcheng’s departure for the United States,” Kamm says, “the Chinese government decided to no longer accept prisoner lists in bilateral human rights dialogues. It does suggest that they don’t want governments getting involved in individual cases. They’ve made it very clear.”

Most of the local officials who tormented Chen have been promoted for their meritorious service. Chen’s nephew Chen Kegui remains in jail after he slashed with a knife at officials who raided his home.

Chen and his family have settled in the Washington, D.C., area. Chen gets support from a think tank called the Witherspoon Institute, and the Catholic University of America. He says an important part of his job is exposing the brutal nature of communist rule in China.