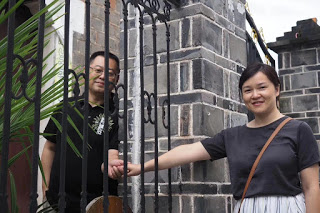 
(Chengdu, Sichuan—Feb. 24, 2019) A police officer beat the elderly mother of an imprisoned church pastor as she withdrew money from the bank this morning.

The woman, who is caring for her grandson, the child of incarcerated Early Rain Covenant Church pastor Wang Yi, is in her 70s and was entering her password at the financial institution when a cop stood close to her and attempted to steal the numbers. When he was not allowed to, he “cursed her furiously and maliciously, pulling [her] hair and hitting her,” according to a statement published by the church. “He didn’t stop until the bank security guard intervened. He yelled at the security guard, ‘I am enforcing the law,’ and continued to kick the old woman.”

As he did so, other officers came up and prevented the woman from resisting her assailant.

The statement continued, “The director of the Wangjiaguai Police Station promised that he would deal with the affair and requested that the [elderly woman], Wang Yi’s mom, not release the cop’s name and police ID. We will see. If the affair will not be handled by the law, we believe that God will avenge.”

Wang and his wife, Jiang Rong, were taken into police custody on Dec. 9 as part of a large, overnight crackdown on their church. Within that week, more than 150 people had been taken imprisoned, and several of them remain behind bars, facing a variety of charges for their involvement with the church. Both Wang and Jiang have been charged with “inciting subversion of state power,” and Jiang is being held under “residential surveillance at an undisclosed location,” which indicates that she is in a secretive prison network known as “black jails.” Nobody knows either her or Wang’s whereabouts.