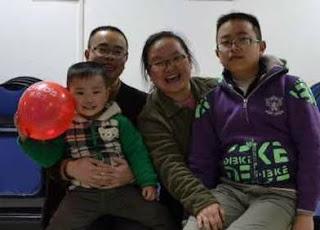 (Guiyang, Guizhou—Feb. 17, 2018) Authorities forcibly sold three sites of the largest house church in the capital China’s southern Guizhou province Sunday, only informing the owners on the day of the auction.

On Feb. 11, Su Tianfu, pastor of Huoshi Church, the largest house church in Guiyang, Guizhou, received a notice from the Baiyun District Court, saying that the Nanming District Religious Affairs Bureau had demanded that he fulfill his obligation to pay a fine of more than 7 million yuan. Su, along with imprisoned Huoshi Church Pastor Yang Hua, were first notified of the fine last May, which authorities claimed they incurred because they took that amount in “illegal income.” The pastors, however, maintained that the money had been freely donated by the church’s congregation and only used on church expenses. They appealed several times until the court handed them a definitive verdict, making the fine mandatory.

Authorities hired an assessment company on Jan. 23, and the organization ruled that the church’s total property, including the items inside it, were worth 5.36 million yuan. The court subsequently granted the company permission to auction the church and its property, with the final sale going to the “state-owned enterprise” Nanming Investment Group for 5.12 million yuan on Feb. 11.

In an interview on the same day, Su said, “This afternoon, court personnel, policemen, and community workers knocked on my door and gave me the ruling regarding the [three sites]. To me, the ruling is actually a secret auction … The owners of this property are Liang Xuewu, myself, and Zhang Xiuhong … They punished me and auctioned property that also belonged to the other two, so they filed an objection.”

When Wang Hongwu, the wife of Yang, heard that the property had been sold, she speculated that officials may soon accuse Pastor Su of “divulging state secrets,” as they did her husband when he attempted to prevent them from confiscating a church hard drive. Yang is currently serving a two-and-a-half-year sentence and has faced torture and severe illness while in prison.