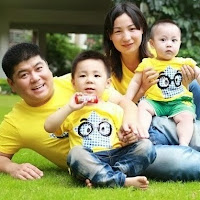 (Liuzhou, Guangxi—Jan. 11, 2016) A court in China’s southern Guangxi ruled to officially close a church-run kindergarten this summer after persecution against the school began in February 2014.

The Yufeng District Board of Education, located in Liuzhou, accused the Hualin Foreign Language Experimental Kindergarten, which run by the Guangzhou-based Liangren Church, of publishing teaching materials without a permit and gaining a profit from the sale of the textbooks. The kindergarten maintained that no profit was made from the distribution of the character-building textbooks.

On April 24, 2015, authorities sentenced Cheng Jie, Li Jiatao, and Huang Qiurui [Editor’s Note: Huang Qiurui was previously incorrectly reported as Huang Quirui] to two years in prison; Fang Bin was sentenced to a year and nine months. Authorities imposed a fine of 5,000 Yuan (U.S. $766.49) on all three, and the defendants decided to appeal their cases.

Many of the kindergarten’s other employees were impacted by the case. “The Board of Education informed all the local kindergartens and primary schools not to hire the teachers from Hualin Foreign Language Experimental Kindergarten,” Du Hongbo, Cheng’s husband, said. “These teachers have no way to re-engage in the education sector.”

Additionally, he said that his wife and Li Jiatao are currently incarcerated at Nanning Women’s Prison, where they perform hard labor for 10-15 hours per day.