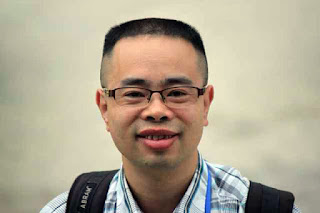 (Haikong, Hainan—March 16, 2019) Government officials escorted the pastor of a persecuted church to China’s island Hainan province on March 5 for medical treatment, and he was scheduled to return home yesterday.

Following his release from custody last June, Yang Hua, the pastor of Huoshi Church in Guiyang, Guizhou, has been suffering from extreme health problems, including heart disease, diabetes, high cholesterol, and high blood sugar, and has been hospitalized twice. His doctor suggested that he take traditional Chinese medicine, so authorities escorted him to Hainan for a series of appointments with physicians who specialize in ancient Chinese treatments.

Yang’s wife, Wang Hongwu, also said authorities strictly control her husband on days when big events happen. He has been forcibly sent on tours multiple times, and he will be taken away if an international conference is held in Guizhou or if foreign dignitaries visit. If he is not sent away, people come and monitor his home.

Previously, Yang was taken into custody on Dec. 9, 2015, after he tried to prevent authorities from confiscating a church hard drive during a raid. He was sentenced to two consecutive, five-day stints in administrative detention but was criminally detained before Wang could pick him up 10 days later. In January 2016, he was formally arrested for “divulging state secrets.” A year later, he received a two-and-a-half-year prison sentence, during which he was tortured and became severely ill.

Huoshi Church has since been shut down by the authorities.