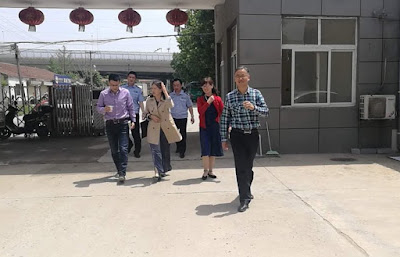 (Xuzhou, Jiangsu—May 28, 2018) Officials interrupted a seminary class in China’s eastern Jiangsu province on Wednesday and brought away two pastors without displaying any warrants.

Saying that the seminary lacked proper credentials for operating a school, approximately seven police officers and several agents from the local religious affairs bureau broke into the classroom at 10 a.m. on May 23 and threatened to arrest the teacher and more than 20 students without giving any legal documentation. The class negotiated with the police and questioned which law allowed them to arbitrarily arrest people, and the argument became physical. In the end, a Christian said, “The police softened a little, but they still brought away Pastor Fang and Pastor Wang.” They also took down ID card information while the students sang hymns.

Afterwards, many Christians arrived at Shitun Police Station, where the pastors were being held, to inquire about the details of the case. Wang and Fang were both released shortly after noon on the same day.

Persecution of Christian schools is not limited to one province, however. On May 19, the landlord of Zhongzi School, which is run by Shangli Church in Xiamen, Fujian, succumbed to government pressure and hired an unknown man to lock the school’s gate, preventing children from bringing their parents to class. The next day, the church’s members and their children prayed in front of the church to pray and express their anger. The local education departments accused the school of lacking registration and operating illegally. One of the church’s preachers wrote, “The government is still persecuting the school. I received a call from the police station, who has my household registration and came to investigate the school.”

Previously, landlords have repeatedly evicted the school and church. On May 15, the church’s landlord locked the front gate of the church. When Pastor Yang Xibo arrived early, he found he could not enter, and then led a group of children outside of the church to pray.

ChinaAid exposes abuses, such as those suffered by the members of Shangli Church, in order to stand in solidarity with the persecuted and promote religious freedom, human rights, and rule of law.