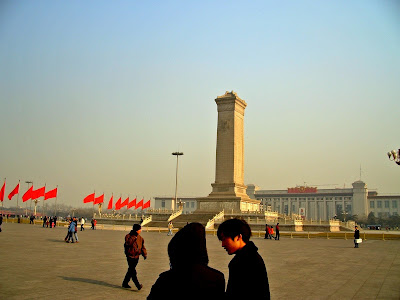 (Beijing—June 4, 2019) As the night of June 3, 1989, bled into the morning of June 4, shots rang out in Beijing as the military encroached on around one million student protestors camped out in the center of the city. By the end of the day, at least hundreds, maybe even 10,000, would be dead.

The 1989 Tiananmen Square Massacre remains one of the most well-known enactments of martial law on peaceful citizens in modern history. The breadth of its impact almost defies the imagination; in the moments leading up to it, droves of Chinese students from across the country gathered in the Square to demand increased freedoms, invigorated by a surge of pro-democratic spirit and fueled by the death Hu Yaobang, a former Communist Party general secretary and free speech proponent. In the moments after, an international media frenzy blazed around domestic silence as China attempted to snuff out reports of the attack. The number of casualties officially given by the Chinese Communist Party number 300, although many place the estimate much higher, even up to 10,000. Thousands more were wounded.

Now, 30 years from that fateful day, many resign the events at Tiananmen to the history books. China, meanwhile, puts forward a shiny, modern veneer. Buoying themselves with economic advancement and official rebuttals to well-founded accusations of human rights abuses, Chinese leaders have sought to present China as a nation worthy of reverence in the global sphere.

Tiananmen, however, is hardly history. In fact, in the years since the massacre, China has quietly increased its suppression of human rights and kept its hands firmly over the mouths of its state-run media while trying to limit international exposure. In 2015, Chinese officials revoked French reporter Ursula Gauthier’s access to their country after she published a piece condemning China’s treatment of the culturally Muslim Uyghur people, who are now being routinely rounded up and imprisoned in concentration camps, often on falsified terrorist charges. The Chinese government also often threatens citizens who suffer or witness these abuses in order to keep them from contacting foreign media or diplomats, and many are severely punished if they do.

Still, many speak up, describing escalating instances of persecution against Christians, Tibetan Buddhists, ethnic minority Muslims, political dissenters, activists, those petitioning the higher government for better treatment, practitioners of the spiritual discipline Falun Gong, human rights lawyers, and others. Every day, ChinaAid hears fresh reports of Chinese citizens being detained, arrested, interrogated, or otherwise harassed for their personal convictions or for standing up for the rights of others.

As a result, ChinaAid is calling on the leaders of the free world to honor the victims of Tiananmen Square by pressing China to bring about the country the victims wished to see: one with increased freedom for all. Given China’s burgeoning population and wide-scale international influence, these are abuses we can no longer afford to ignore.